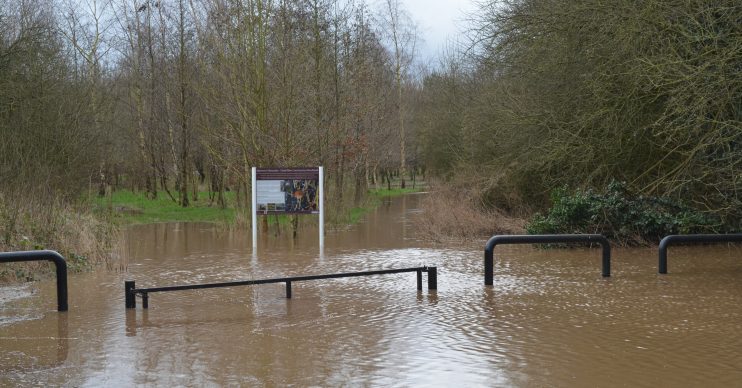 UK weather: Hundreds of flood warnings still in place after weekend of chaos

Hundreds of flood warnings and alerts are still in place across the country after Storm Dennis caused widespread disruption.

The government is especially concerned for towns near the River Severn after the UK was lashed with strong winds and heavy rainfall over the weekend.

As reported by the BBC, Environment Secretary George Eustice said the government could not protect every home as he defended its response to the current flooding situation.

Speaking to BBC Breakfast, the MP said towns such as Shrewsbury, Tewkesbury, Bewdley and others near the Severn are the government’s “greatest concern”, with forecasters expecting water levels to continue to rise.

And one severe flood warning was in place for River Wye at Blackmarstone in Hereford, where the government website warns of “danger to life”.

According to The Telegraph, four people have now lost their lives due to the storm.

On Sunday (February 16 2020), a man died when he slipped from a mountain path and plummeted 98 feet into a gorge.

The 42-year-old was making his way along the route for Stob Bàn, a 3,277ft-high mountain near Fort William that forms part of Scotland’s Mamores ridge.

Police were reportedly alerted to the incident around 13:00 and, following a search in “challenging” conditions involving 19 volunteers from Lochaber Mountain Rescue Team, his body was recovered.

Elsewhere, a fifth person – a woman swept into floodwater near Tenbury in Worcestershire – is presumed dead after police confirmed that the search for her will proceed as a “recovery” operation and not a “rescue”.

We can confirm that a man, 42 has died after suffering a fall from the path for Stob Ban from Glen Nevis in Lochaber.

The incident was reported to police shortly after 1pm on Sun 16 Feb. Our thoughts are with his family and friends.

It follows a number of deaths caused by the earlier Storm Ciara.

One man was killed in Hampshire when a tree fell onto the Mercedes he was driving along the A33, near Micheldever, just before 4pm. He is understood to have died at the scene.

Another was killed near Liverpool’s Black Woods. According to reports, the man’s loyal dog laid by his dying owner’s side after he was hit by a falling tree.