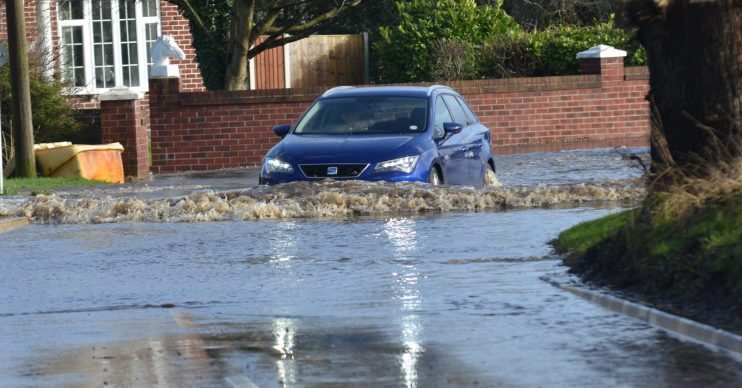 Thousands of people living in flood-threatened towns around Britain are being told to leave their possessions behind and flee as Britain faces some of the worst flooding it’s seen in 200 years.

Following the onslaught of Storm Dennis over the weekend, the rivers Trent and Wye have both burst their banks.

And according to The Sun, the latter reached 20 feet – the highest since records began two centuries ago.

Now, an expert has advised residents in affected areas to put their possessions out of reach of the water as best they can and then “get out”.

Dr Tim Harries, Kingston Business School senior research fellow, told the newspaper: “It’s extremely stressful to stay in your home and watch the water come rushing in, so you should do what you can to protect your home and move possessions out of reach of the water – but then get out.”

Speaking further, Dr Harries said those fleeing should prioritise irreplaceable items with the most emotional value, like precious photo albums.

As of 9.30am on Wednesday (February 19 2020) there were six severe flood warnings listed on the Government’s website, each highlighting a potential danger to life.

It’s extremely stressful to stay in your home and watch the water come rushing in.

There were also 130 flood alerts issued, calling for “immediate action”, and 164 flood alerts, which warn residents to “be prepared”.

On Tuesday, one expert warned that Britain faces a “national emergency” as it has failed to prepare for the deluge.

Speaking to The Mirror, environmental scientist Angela Terry said that sending the Army to fill sandbags was like applying a “plaster”.

She explained: “As temperatures rise, the atmosphere can hold more water so downpours are more intense – seven per cent more for every degree celsius temperature increase – so flooding will increase. We are currently in a national emergency.”

Five people were reported to have died in the flooding and rough seas caused by Storm Dennis.