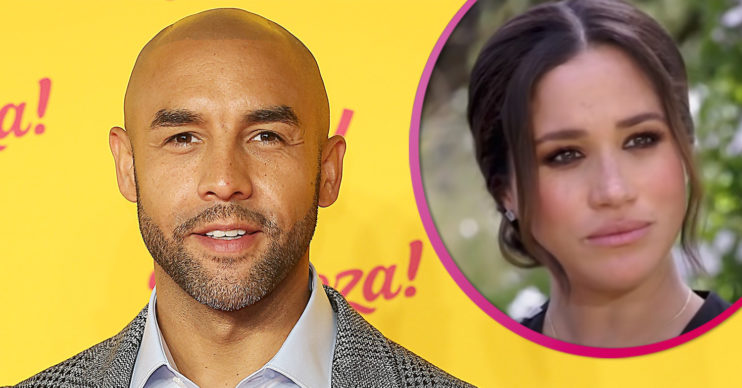 The weatherman clashed with Piers Morgan over the Duchess

The spat escalated and resulted in Piers storming off set and later quitting the show.

Since then, Alex, 40, said he has faced “relentless racism” on social media.

Writing for The Telegraph, he said: “I haven’t announced it (like the former Arsenal player Thierry Henry did this week when he publicly quit social media, in response to anonymous racist bullying).

“But I have been forced to step away from Twitter and Facebook myself, because it was getting too much.

“I am a strong person, but I am not made of steel.”

Alex said the trolling he’s received is “very much the lived experience of racism in Britain”.

In addition, he said the “harsh reality, though, is that social media is just a reflection of a bigger problem in society”.

Last month, Alex and Piers clashed over Meghan’s comments in her Oprah interview.

Piers said he didn’t believe Meghan’s claims in the chat, which included saying she felt suicidal while pregnant with Archie.

What happened between Piers and Alex on GMB?

She claimed she asked someone at the Palace for help but they said it “wouldn’t be good for The Institution”.

On GMB, Alex accused Piers of “trashing” Meghan and the host walked off set as Alex called his behaviour “absolutely diabolical”.

Piers recently had his say in an article for the Mail on Sunday.

He added: “I don’t mind outside guests trying to make a name for themselves by whacking me like this, but I wasn’t going to sit there and take it from one of my own team.