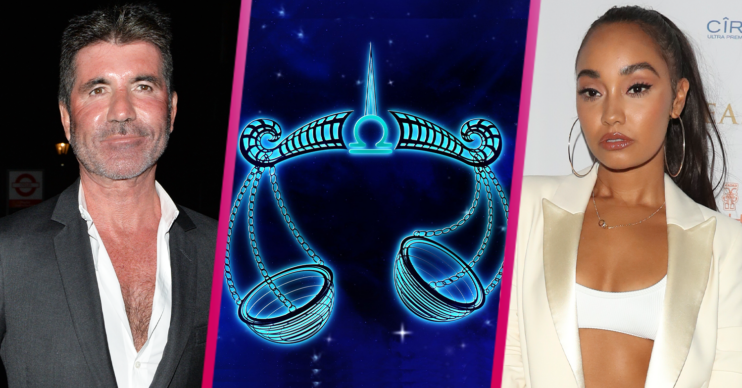 Libra: What does your star sign say about you? And who is a Libra’s perfect soulmate?

Balance, beauty and being a people-pleaser

People born under Libra are all about balance, which is why the star sign is symbolised by the scales.

So if you were born roughly between September 23 and October 22, are you a typical Libra?

And just which of the 12 signs of the zodiac is your perfect astronomical soulmate?

What is the main personality of a Libra?

Librans are all about balance and their minds are just like the sensitive scales, swinging between left and right, often overthinking things as a result.

They’re air signs and like things to be kept on an even keel.

Libras hate being alone and avoid conflict at all costs.

As a result, they shape-shift to avoid stress, struggle to commit and often procrastinate.

They’re indecisive but social creatures, so if you fancy a night out, just make sure you book the restaurant!

What are the best things about someone with the Libra star sign?

They’re sensitive and care about the feelings of others, but this leaves them wide open to be hurt.

Libras make great party guests thanks to their finely tuned social skills and the fact that they’re charming, communicative and easy-going.

They love making friends and can be counted on to fill any awkward dinner party pauses.

Libras are also diplomatic and objective, listening to everyone’s viewers with patience and, if you’re friends with a Libra, you’ll know that they’ll fight for justice and fairness in all situations.

That said, they’re kind, gentle and mild mannered, so long-term friendship are a breeze.

They’re creative, intelligent, all about the bants – plus they’re fun and spontaneous.

What is a Libra’s biggest weakness?

Libras can be very indecisive, unreliable, sometimes egotistical and a bit of a gossip.

Their easy-going nature can make them vulnerable, and they’re prone to letting others change their minds.

Although easy-going, Libras can lose their cool and create conflict, often as a subconscious way of sharpening their diplomacy skills.

Read more: Which Love Island stars were really the most compatible based on their star signs?

One of the more beautiful signs of the zodiac, Libra knows it and can get so carried away with their outer beauty that they forget to nurture their inner self.

They also love the finer things in life, which can lead to them being extravagant and self-indulgent.

Who is Libra’s perfect soulmate?

Libras believe in true love and have an incurable optimism when it comes to romance.

They look for someone with brains, confidence and good looks to match their own – they are ruled by Venus, the goddess of art and pleasure, after all.

Their perfect match would be someone who’s either Gemini, Aquarius, Sagittarius or Leo.

They communicate gently and sensitively, and always say the right thing to preserve a relationship.

Libras are also more openly passionate in relationships than the other 11 signs of the zodiac.

One word of warning, though, when it comes to love, Libras can be quite moody and needy.

X Factor supremo Simon Cowell is a Libra. He was born on October 7 1959.

New mum Leigh-Anne Pinnock of Little Mix fame is another. She was born on October 4 1991.

Both are in long-term relationships, which would tally with the fact Libras don’t like being alone.

However, we’re not sure Simon typifies the star sign when it comes to avoiding conflict and being indecisive – although it’s safe to say he’s most definitely extravagant!