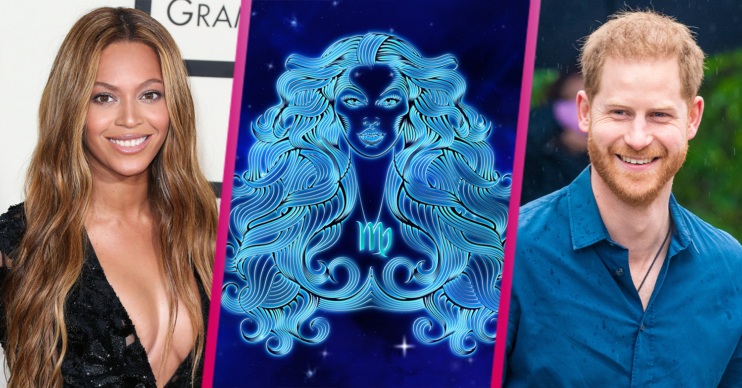 It’s Virgo season! What does your star sign say about you? And who is a Virgo’s perfect soulmate?

Kind, caring and a stickler for detail

It’s officially Virgo season and, if you fall under the star sign symbolised by the goddess of wheat and agriculture, you’re likely to be logical, practical and a true perfectionist.

Virgo is the sixth of the 12 signs of the zodiac and falls roughly between August 23 and September 22.

But how do Virgo’s personality traits – both good and bad – impact their day-to-day lives, and the lives of those around them?

Read on for all you need to know about Virgos…

What is the main personality of a Virgo?

Virgo is an earth sign, historically represented by the goddess of wheat and agriculture.

This points to a deep-rooted presence in the material world and, as such, Virgos are logical, practical and systematic when it comes to their approach to life.

Virgos are usually perfectionists and are constantly looking for self-improvement.

Read more: Which Love Island stars were really the most compatible based on their star signs?

Governed by Mercury, the planet of communication, Virgo deals with information like a computer, taking it all in, processing it and coming up with clear, organised concepts.

Above all else, Virgos really want to help. They’re the fixers of the zodiac.

They’re kind, gentle and supportive friends and are incredibly resourceful when it comes to problem solving.

Committed, hardworking, practical and methodical, they make great teachers, writers and musicians (but more on that later).

It’s Virgo season: What are the best things about someone with the star sign?

Virgos are usually happiest when they’re helping others and they have a very generous nature, making them great friends and partners.

They’re loyal, analytical, kind and practical – all qualities which make them great in a crisis.

They love organisation and leave nothing to chance, so if you want someone to rely on, Virgo’s your girl.

Their intentions are pure, they’re modest and they’re super-supportive thanks to their need to feel useful.

What are Virgo’s weaknesses?

Virgos are often shy, they worry a lot and they’re overly critical of themselves and others.

They pay attention to the smallest details, which can come across as nit-picking, and they leave absolutely nothing to chance, so they’re not the most spontaneous of the 12 signs.

Virgos prefer to live a conservative life and worry they’ve missed a tiny detail that’ll be impossible to fix – something they can become fixated on.

They’re deep, complicated people, with an inner critic that means they’re pretty hard on themselves.

They also bottle up their feelings, keeping inner angst and turmoil to themselves.

Virgos love routine and they’re good at scheduling and timing but they’re rigid and inflexible when it comes to change.

Who is a Virgo’s soulmate?

Virgos are kind and caring, meaning there’s a long list of compatible signs.

The most suited, though, are Scorpio, Capricorn, Taurus and Cancer.

Virgos tend to be good partners but they have a soft, vulnerable heart and, if you want them to open up, you’ll have to earn their trust.

They need to feel safe before they let you in, and prefer a stable relationship over casual lovers.

Two of the most famous people in the world are Virgos – Prince Harry and Beyonce.

Born on September 14 1984, the Duke of Sussex has never spoken publicly about his star sign.

However, it would seem he does embody some of the sign’s traits.

Harry is clearly a deep thinker. He has a passion for writing with the announcement of his upcoming book and clearly feels the need to better himself, as is evident in his interest in climate change and human rights.

“I like to think outside the box and I don’t believe in the answer no. I am extremely driven and extremely critical – sometimes overly critical. Sometimes it is one of the things that I have to work on,” she said.

She admitted: “I am a control freak. I pay attention to details. When I do something, I do it 100%. I have high expectations of myself and expect the same thing of everyone around me.

“I’ve always been that way. I am all or nothing.”