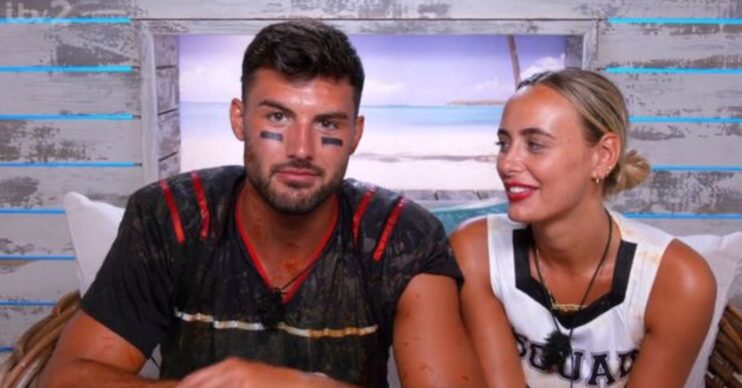 Which Love Island couples are really the most compatible – according to their star signs?

Are the Love Island couples' futures written in the stars?

Priya and Brett became the latest couple dumped from Love Island after their fellow islanders voted them least compatible – but what role does star signs play?

Feathers are now flying in the villa as the other couples argue over fellow contestants branding them the same.

But could the truth lie in the stars? Let’s take a look at the remaining couples’ compatibility according to their Zodiac signs.

According to Compatible Astrology, Leo and Sagittarius are a great match and often find soulmates in each other.

Both are known to be optimistic, generous, carefree and enthusiastic. They are said to have a lot in common and are expected to be an energetic, explosive and fun-loving match.

These relationships are also likely to develop at a swift pace.

Although a downside for Mille could be that Liam’s sign Leo can sometimes be a little arrogant, vain and self-centred and highly sensitive to personal criticism.

Millie, 24, and Liam, 21, seemed to overcome their rocky patch after Liam’s Casa Amor kiss. Could it be these pair be stronger than ever? We have high hopes!

A pairing between a Scorpio and Taurus can be intense, say Astrology.com.

This is because they are opposite signs in the Zodiac chart which means their connection is unique. Their level of attraction is also said to be high.

While they may find they have a lot in common, both are known to have strong personalities, which can often lead to a love/hate relationship.

Both signs have deep desires, and Kaz, 26, may find Tyler’s Taurian personality possessive.

Tyler, 26, might be taken aback by Kaz’s Scorpio love for power. It hasn’t been an easy ride for the pair during their time in the villa, both coupling up with new people during Casa Amor.

For now, the pair seem happy to be together, but will this last on the outside? We’re unsure.

It’s been a rocky road for Liberty, 21, and Jake, 24, over the past week. But they seem to have come through it – despite the opinions of their fellow islanders.

According to Ask Astrology, the Aries-and-Virgo relationship is not easy on either individual.

Jake’s Aries personality likes to see him take risks and be independent, whereas Liberty’s Virgo traits will often see her become more diligent and methodical.

And, while their signs can develop successful long-term relationships, it looks like Liberty will need Jake to adapt and spend time on the day-to-day details of their relationship.

If Jake’s feelings are genuine, they could have a chance of working in the real world.

They say opposites attract, and it seems to work for Teddy and Faye despite her short temper.

Compatible Astrology says that Aries and Gemini are a Great Love Match. Both are said to get bored quickly and love excitement.

Both need personal space but love to live life at 100 miles an hour.

And, while Aries is the more aggressive partner, it seems to differ in the Teddy and Faye case. Faye’s Gemini traits tend to take the lead.

And, it seems the most significant encounter Faye might face with Teddy is his lack of foresight.

Both signs are known to love starting projects but hate finishing them, which can lead to a constant supply of short-term excitement for both.

Both signs are said to be hopeless romantics. Astrology.com notes that Libra’s relentless energy balances out a Pisces and the pair are astrologically compatible.

While it’s thought the signs don’t have a lot in common, both are known for their generous, loving, and loyal ways.

In the villa, it hasn’t been plain sailing for Chloe and Toby, 22, after Toby’s indecisiveness over which girls he fancied. He even pied Chloe, 25, when Abi entered the villa.

But, they found their way back to each other and stand a real chance of winning the show.

And if their relationship doesn’t work on the outside, fear not. Libra and Pisces make great friends as well.

The newest of the remaining couples, Mary and Aaron, 24, became close pretty quickly. Compatible Astrology says that Cancer and Pieces are a soulmate match.

Aaron, as the Pisces, will be able to absorb Mary’s Cancer moods and ensure they don’t argue because he understands her.

Both signs are known for their intuitive, caring and affectionate nature and enjoy commitment.

A downside for Mary, 22, and Aaron is that they’re in danger of deep and emotional connection.

And they could end up isolating themselves from the real world when they leave the villa as both signs prefer staying in rather than going out to socialise.

So they may not win the show, but their future together is looking bright.

Do you think Love Island couples’ future depends on star signs? Leave us a comment on our Facebook page @EntertainmentDailyFix and let us know.