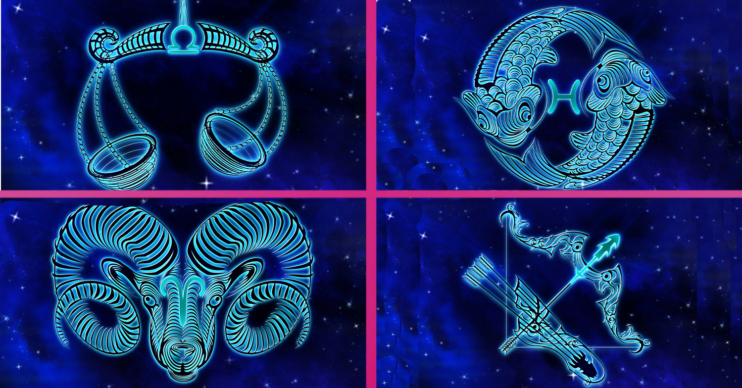 What does your star sign say about you? Character traits for all 12 zodiac signs explained

Your ambitions, strengths and weaknesses are written in the stars

Zodiac signs can reveal a lot about you – your ambitions, strengths and weaknesses are all linked to your horoscope.

Your zodiac sign acts as a cosmic compass when it comes to understanding yourself.

There are 12 astrological signs of the zodiac, and each belongs to one of the four elements – air, water, fire and earth – which further define your traits.

So what does your star sign say about you? Read on to find out…

Note: Horoscope dates are approximate, no one can fully determine the specific dates.

What does your zodiac sign say about you? Aries: March 21 – April 19

The first sign of the zodiac, Aries loves to be number one.

Bold and ambitious, it’s symbolised by the ram because of Aries’ braveness and ability to climb to the top of the mountain no matter what.

A fire sign, Aries are warm, lovable and adorable. However, like a ram, they crash, bang, wallop their way through life, demanding that they finish first.

Patience is a strength Aries could do with learning, and self-control also isn’t their strongest point.

Earth sign Taurus is symbolised by the bull, because of their resilience and stubbornness.

Reflecting their spirit animal, Taurus are either docile and lazing around or on the rampage.

Read more: Love Island couples most likely to win based on their star signs

Catch them on a good day and you’ll meet someone who’d super-charming, laidback, reliable, patient, devoted and stable.

Catch them on a bad day, however, and you’ll be faced with someone stubborn, possessive and often uncompromising.

Symbolised by the twins, Gemini – a water sign – are the Peter Pan of the zodiac.

Fickle, clever, adventurous and ever-youthful, these creative types can make magic out of thin air.

Known for their duality, versatility and curious nature, Geminis have a secret super power when it comes to their perceptiveness.

They’re gentle, affectionate, adaptable and learn quickly. They could also talk to anyone about anything.

On the downside Geminis are nervous, inconsistent and indecisive. They’re also afraid of being alone and tend to have lots of friends and are rarely without a companion.

Symbolised by the crab, because Cancers are said to be secretive and guarded.

That hard shell protects the soft flesh beneath and these water signs sure are emotionally sensitive.

Catch them on a good day and you’ll meet a funny, sexy, intuitive crab.

Read more: Which Love Island stars are most compatible based on their star signs?

They understand other people well and they’re the most loyal and giving sign of the zodiac.

However, never cross a Cancer as they know how to hold a grudge – they’ll forgive but they won’t forget.

They can also be moody, pessimistic, suspicious, manipulative and insecure.

Cancers are often weighed down by their own sorrows and frequently haunted by grief, but they’ll keep it to themselves – it’s hard for them to open up and share with others.

Leo is represented by the lion because of their regal and noble personality and the fact they love to be the centre of attention and leader of the pack.

A fire sign, they love to lead and protect those they perceive as being vulnerable.

Vivacious, theatrical and passionate, Leos love the spotlight and are the first to celebrate themselves.

Always entertaining, creative, passionate, generous, warm-hearted, cheerful and humorous, Leos are a joy to be around.

That is until you meet them on a bad day and you’ll get an arrogant, vain, stubborn, self-centred lion.

Earth sign Virgo is symbolised by the virgin, because of their pure intentions and their modest, conscientious nature.

Logical and practical, they take a systematic approach to life. A perfectionist at heart, Virgos are smart, analytical, perceptive and helpful.

They love helping others and make brilliant friends because Virgos have a need to feel useful and they’re supportive souls.

They’re pretty hard on themselves though and often have a secret inner critic making Virgos deep, complicated people.

They’re shy, they worry a lot and they bottle up their inner angst and turmoil.

What does your zodiac sign say about you? Libra: September 23 – October 22

Libras are all about balance and, as a result, they’re symbolised by the scales.

These air signs like everything to be kept on an even keel, but they’re also charming, flirtatious, clever, beautiful and people-pleasing.

However, that perfect exterior hides inner tension which can see Librans procrastinate, struggle to commit and shapeshift to avoid conflict and stress.

They hate being alone, want everyone to get along and avoid conflict as a result.

Librans are also indecisive but social creatures – so if you fancy a night out, just make sure you book the restaurant!

Much like its spirit animal, Scorpio the scorpion is a sign with a sting in its tail.

A water sign, Scorpios are strong, powerful, independent and ruthless.

They know what they want and they’ll go out of their way to get it.

They’re passionate, intense and expect total loyalty. Don’t cross them – or you’ll feel their full wrath when they go for revenge.

Private and guarded, Scorpios like to ask all the questions – but it’ll be a no comment when the tables are turned on them.

Distrusting, jealous and secretive at times, they can also be brave, passionate and a true friend in times of need.

What does your zodiac sign say about you? Sagittarius: November 22 – December 21

Sagittarius are symbolised by the archer because they aim high, love the outdoors and enjoy the thrill of the chase.

A true fire sign, Sagittarius is known as the zodiac’s verbal hooligan – they say whatever springs to mind and they have no inside voice.

They say what others are thinking but they get away with it because they’re friendly, funny and there isn’t a malicious bone in their bodies.

Sagittarians are fun, playful, energetic and love their freedom – and they’re also the luckiest sign of the zodiac.

They’re the life and soul of any party, and the friendliest, most welcoming person there too.

However, catch them on a bad day and you’ll find they can be impatient, they promise more than they can deliver – and are perpetually restless thanks to an insatiable hunger for knowledge.

Much like Aries, Capricorns are always climbing, taking advantage of every little step up along the way.

Symbolised by the goat this earth sign is the hardest worker in the room, responsible and disciplined, they make brilliant managers.

Wise beyond their years, they’re an old soul in a young body, they love responsibility and come equipped with a can-do attitude.

However, they can be materialistic, unforgiving, condescending and they fact that they expect the worst can be draining to those around them.

Often classed as workaholics, Capricorns are motivated by duty and, as a result, repress any emotion that’ll get in the way of success.

What does your zodiac sign say about you? Aquarius: January 20 – February 18

Symbolised by the water bearer, Aquarius is actually an air sign.

Instead the water here symbolises truth – something Aquarians aren’t shy in telling anyone who’ll listen.

They’re often an eccentric enigma, a contradiction of themselves.

Outgoing and friendly on one hand while also closed-off and private.

They love people but need their own space.

They’re clever, innovative, idealistic humanitarians, but they’re also temperamental, uncompromising and always feels like a bit of an outcast.

The final sign of the zodiac, Pisces is symbolised by two fish tied to one another, swimming in opposite directions.

Typically Pisceans are plagued by both conflicting desires and extremes of temperament and constantly swim through shifting emotional currents.

A water sign, Pisces are romantic, soulful, intuitive and feel everything more than any other sign of the zodiac.

As a result they find the world a cruel place to be at times.

However, because it’s the last sign of the zodiac, Pisceans possess a little of each of the other 11 signs’ traits.

They can be overly trusting, fearful, prone to melancholy, feel like everything just has to be a sign and have a strong desire to sometimes escape reality.

Their behaviour also changes significantly depending on who they’re around.