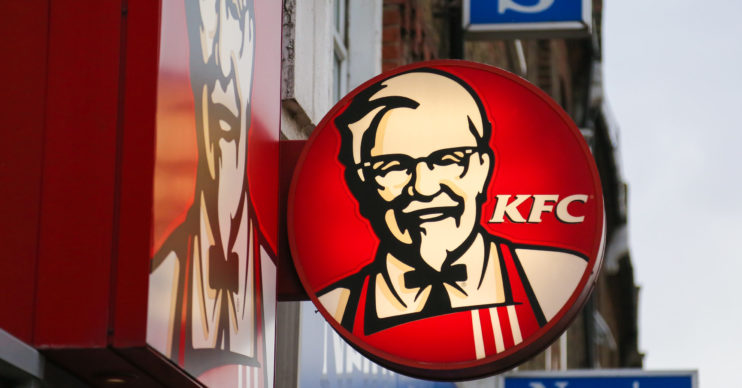 We’ve got good news for Brits desperate for a taste of KFC’s finger lickin’ good chicken.

The chain has announced it is opening 80 more restaurants for delivery by the start of next week.

The new openings will take the total number of KFC restaurants open to 100.

It comes after the chain closed all stores when Boris Johnson’s lockdown came into force in in mid-March.

“Update from The Colonel… by Monday May 4th we’ll have reopened 100 of our restaurants in the UK for delivery,” the KFC website states.

Read more: Holly Willoughby dressed as a Twister for Wednesday’s This Morning

It added: “We’re reopening our restaurants in a responsible way, with stringent processes and hygiene measures in place. We’ll be serving a limited menu to help the smaller kitchen teams maintain social distancing.”

Restaurants in Manchester, Glasgow, London, Kent and Birmingham are among those opening.

Fans of the chain were pretty excited to hear the news.

Read more: Cadbury is bringing back a discontinued “old favourite”

One said: “So the KFC in Lancaster is the first one in Lancashire to open and I’m honestly tempted to do the one-hour round trip just for a boneless banquet.”

“I’m going to have to drive miles, sit at some random’s house outside and wait on a driver delivering…. but I will,” said another dedicated fan.

Another added: “Have they reopened KFC down here?! Because it looks like it’s open on Uber Eats!”

“Yayyyyyy it’s now open near us,” said one fan tagging their friend. “Been dying for KFC!”

I’m honestly tempted to do the one-hour round trip just for a boneless banquet.

Earlier this month, ED! told how KFC was reopening 11 of its stores for delivery only.

The news was met with mixed reviews from chicken fans.

While some were pleased restaurants were reopening, others were annoyed their local branch wasn’t yet operational.

When you look at the list and see there are none open near you pic.twitter.com/lT9tDTeoKt

However, the chain’s bosses had good news for those who don’t live within one of the open branches’ delivery catchment areas.

The statement added: “If you’re not near one of the lucky hundred, never fear – we’re working hard to reopen more over the coming weeks, so we’ll keep you posted.”