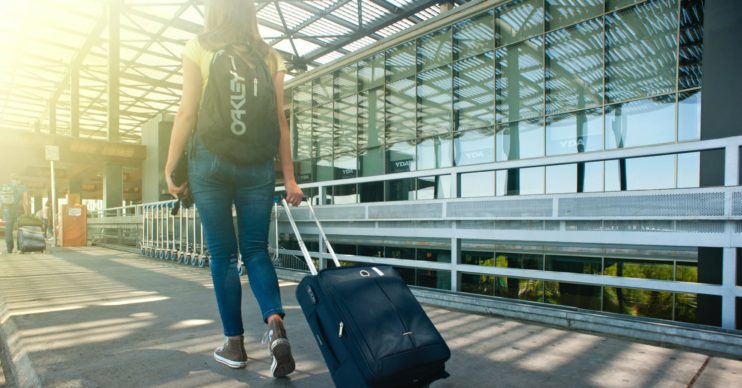 British holidaymakers could be fined up to £10,000 if they break the UK’s 14-day quarantine rule

British holidaymakers could be fined up to £10,000 if they flout the UK’s 14-day quarantine rules.

As a result of the coronavirus pandemic, new measures are being brought in next month.

From June, everyone who comes into the UK must isolate for two weeks under the government plans.

The rules will apply to British citizens and the fines for those who break them will be severe.

It comes as ministers are said to be discussing the idea of “travel bridges” so that Brits can holiday in low-risk countries.

We want to send a very clear message to discourage people from breaching quarantine.

Transport secretary Grant Shapps said they are looking at allowing Brits to fly between countries where the spread of COVID-19 is low.

It’s being looked at alongside quarantine, with more details emerging last night (May 18).

The Telegraph reports that ministers are even considering “unlimited fines” for repeat offenders.

“We want to send a very clear message to discourage people from breaching quarantine,” one government source said.

Those travelling from Jersey, Guernsey and Ireland would be exempt from quarantine.

And members of 30 professions – including lorry drivers bringing food and medical supplies into the country – would also be exempt.

Shapps revealed: “The final details of the quarantine scheme will be released soon, coming in early next month.”

He added: “It is the case that we would indeed consider further improvements, for example, things like air bridges, enabling people from other areas and countries who have themselves achieved lower levels of growth virus infection, to come into the country.”

Countries that Brits could visit have been named as Australia, New Zealand, Croatia and Greece.

However, that is only on the cards if our infection rate continues to drop.

Health secretary Matt Hancock previously stated that summer holidays are all but cancelled for Brits this year.

Spain has already said it is unsure if it will allow Brits to re-enter the country when it lifts its border lockdown.

This is expected to happen at the end of June as the country reopens to tourists.

However, Brits aren’t thought to be among those set to be welcomed as Spanish ministers feel Britain didn’t lockdown soon enough.