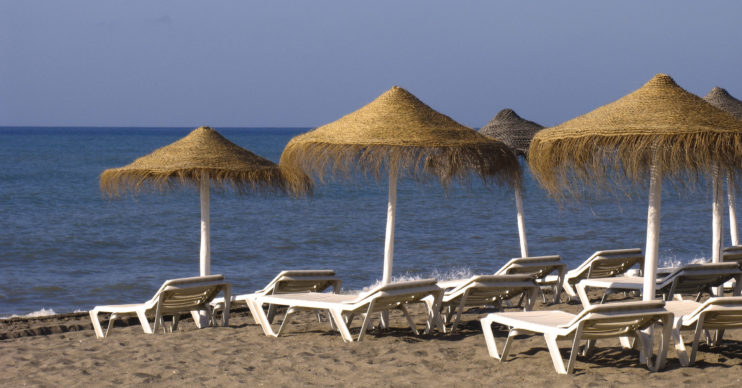 Perhaps summer isn't cancelled after all…

Spanish officials have offered hope to those looking to head off on a summer holiday.

Transport minister Jose Luis Abalos has said the country aims to start welcoming foreign visitors by the end of June.

The move keeps the country’s borders closed amid fears of sparking a second wave of coronavirus.

However, Abalos has said the measure is temporary.

And Spain is planning on opening back up for tourists at the end of next month, after residents are able to move freely between regions.

He told TVE: “As soon as we Spaniards can travel to other provinces, foreigners will be able to come to Spain.”

From late June, we’ll start the tourism activity, I hope.

With tourism making up 12% of Spain’s economic output, it’ll boost the economy as well as the spirits of those desperate for a sunshine break.

He added: “From late June, we’ll start the tourism activity, I hope.”

The minister added: “We must make Spain an attractive country from the health point of view.”

However, those arriving in Spain will be subject to 14-days quarantine.

It isn’t all good news for Brits desperate for a slice of Spanish sun, though.

When asked if summer was “cancelled” on This Morning, he said: “I think that’s likely to be the case.”

Hancock added: “We haven’t made a final decision on that yet.”

He concluded: “It is unlikely that big, lavish international holidays are going to be possible for this summer. I just think that’s a reality of life.”

And, in a double whammy for wannabe Spanish holidaymakers, there’s no guarantee Brits will be allowed back in once borders do reopen.

Britain doesn’t appear to be on that list as the government didn’t lockdown soon enough.

He said: “There are countries like the United Kingdom that have taken too long to adopt containment measures and that also puts us in a different situation with respect to them.”

He said the “idiotic” idea – which comes into force next month – would be impossible to police.

Ministers are also discussing the idea of “air bridges” that could transport Brits to lower risk countries such as Australia, New Zealand and Greece.