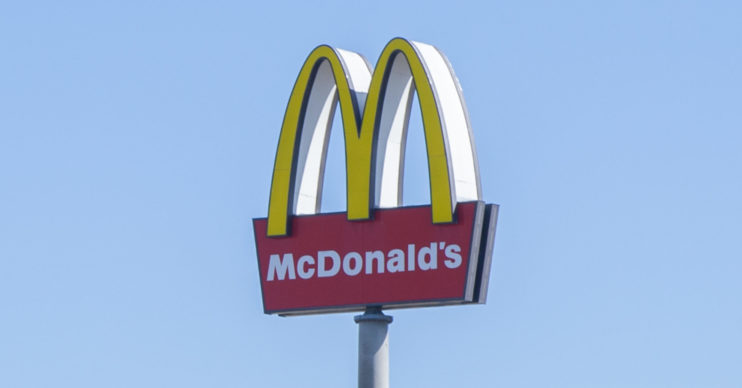 And three are in the same town!

Burger chain McDonald’s has announced the restaurants it’s opening for delivery next week.

However, Big Mac fans are “outraged” as a fifth of the restaurants set to open are in the same town – and none are up north.

McDonald’s closed all branches back in March as the government announced a UK-wide lockdown.

However, it has now decided to open some restaurants for delivery only.

But fans living north of London are unhappy as the restaurants are all in and around the capital.

We are pleased to confirm the 15 restaurants we will open for McDelivery only from 13th May. pic.twitter.com/WkGsAjg83M

“Because only cockneys need burgers?” asked another.

Three of the restaurants are even in the same town.

Luton residents are no doubt overjoyed to discover Luton Leagrave, Luton George Street and Chaul End Lane, Luton, would be open for delivery.

However, the same can’t be said for the rest of the country.

Wow what did Luton do to deserve this lol

“Hundreds of restaurants spread across the UK, yet they pick them all from down south and 1/5 of them are in f***ing Luton. Good one McDonald’s,” said one annoyed Twitter user.

“So instead of spreading the stores throughout the UK you open only southern stores with some multiple stores even in the same town? Senseless!” blasted another.

“I expected 15 different places not three in one town,” said another.

Read more: After Eights flavoured with strawberry and mint go on sale in the UK

McDonald’s did say it was “working hard to reopen more restaurants”.

You would reckon they would try less populated areas instead of just London way as less population less people to cause risk.

Are you social distancing from the North?

Why are they all down south….. is there something wrong with the north and Scotland???

Customers living near the open stores will be able to order their McDelivery via Uber Eats and Just Eat.

A reduced menu will also be in place, with McDonald’s breakfast fans previously outraged to discover the popular menu would not be served when the chain reopens.

This is because McDonald’s will operate with reduced opening hours of 11am till 10pm for the time being.

Big Mac fans, however, will be able to get their fix as McDonald’s has confirmed it will be on the limited menu.

Favourites such as the McChicken Sandwich, Chicken Nuggets, Fillet-o-Fish and the Vegetable Deluxe will be on the menu too.

McFlurrys, fries and Happy Meals are also among the things set to be served.