Radio DJ and The X Factor host Dermot O'Leary has praised his "superhero" wife as the pair celebrate their anniversary.

To mark seven years with his other half Dee Koppang, the presenter posted a previously unseen snap from their wedding on Instagram and told his followers he is "happy to reside in the shadow of [her] eclipse".

Seven years married to this superhero. Never a second wasted in her company. Like the boss says ‘We love the company of those who reflect the best of us’ Happy to reside in the shadow of your eclipse @deekoppangoleary ...and she never spilt a drop of that espresso martini...

The pic shows the couple rocking out in their wedding outfits - Dermot dancing behind Dee as she stands with a martini in one hand and the other raised in the air.

He captioned the photo: "Seven years married to this superhero. Never a second wasted in her company.

"Like the boss says, 'We love the company of those who reflect the best of us'.

"Happy to reside in the shadow of your eclipse @deekoppangoleary... and she never spilt a drop of that espresso martini...

Belated ‘Happy post Christmas walk’ day. With the Kopparoo and clan O’Leary. Thanks Filey... best fish & chips north of the wash I’ve had in ages.

Dermot and Dee tied the knot in 2012, after 10 years together, with an intimate wedding at a village in Kent.

Just recently the star revealed that the secret to a happy marriage is "having fun together".

In a conversation with The Sun, Dermot said: "We don't have the recipe, but it's going well. It's a work in progress, isn't it? The key for me is giving each other space, not giving each other a hard time and actually having fun together. And we do."

Seven years married to this superhero. Never a second wasted in her company.

He went on to explain that being photographed in public is his "idea of hell", which is why he and his wife try to live life away from the spotlight.

Dermot continued: "But at the same time I don't want to hide my wife away! So I'm never going to turn down an invite for something really cool. Some mates of mine, largely in music, have almost become prisoners in their own homes. You can't live like that."

Last month, Dermot revealed plans for a new podcast offering "thought-provoking interviews" with celebrities "from all walks of life". 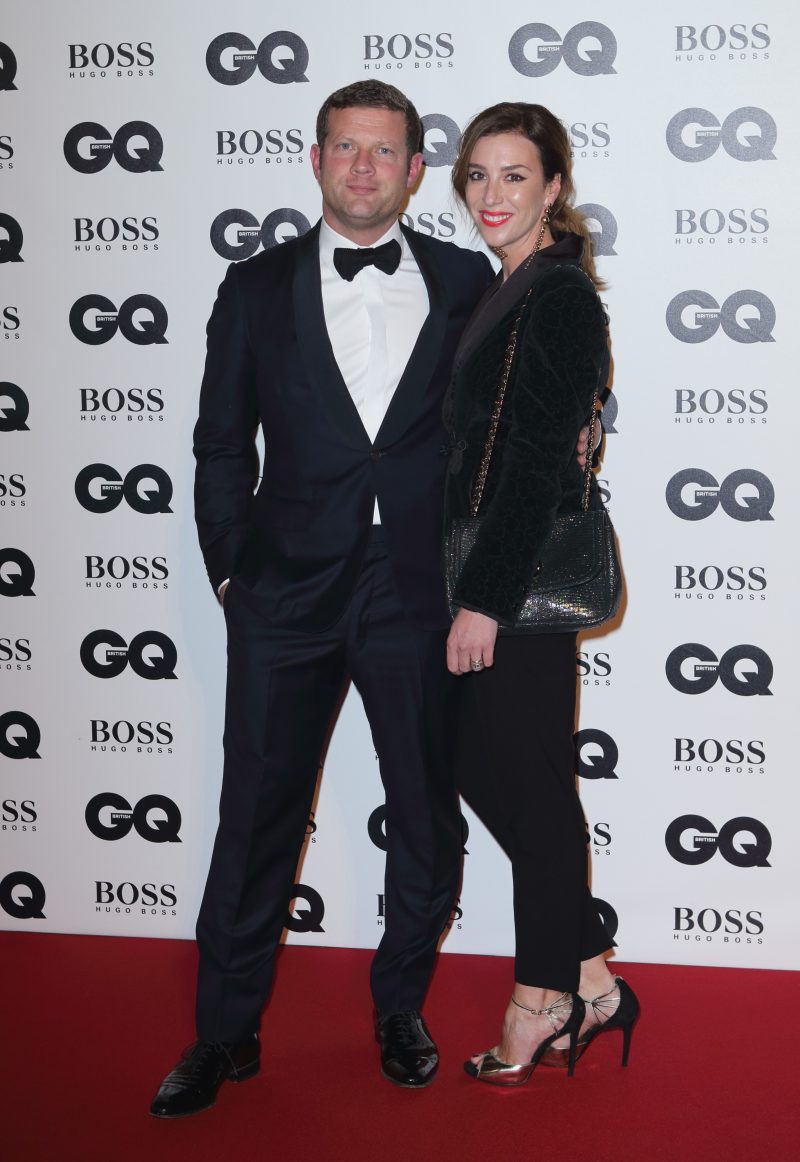 In a chat with Digital Spy, he said of the project: "I'm thrilled to finally announce this podcast – it's something we've been working on for some time now.

"Named after the legendary Howard Cosell's warm-up for Frank Sinatra's Madison Square Garden concert in 1974, People, Just People is born out of curiosity to find out more about the lives of individuals I greatly admire, how they got to where they did, the highs and lows that shaped that journey, and what they've learned along the way."

Speaking further, Dermot said each episode the series - which will be made available this autumn - would be like "a fire side, pub chat".