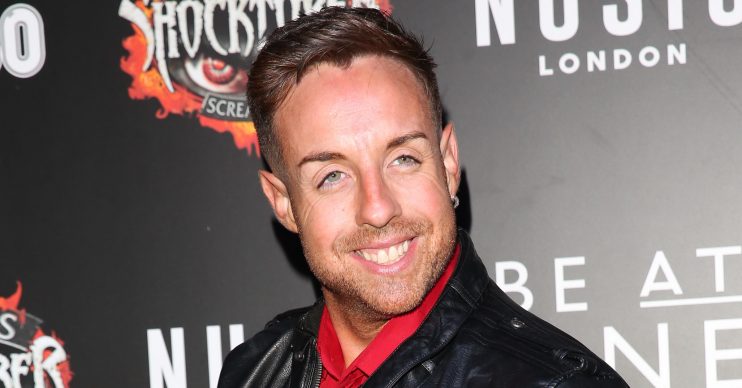 With rumours circulating that he could be one of acts set to appear on this year’s Celebrity X Factor, former star of the show Stevi Ritchie also has another reason to celebrate.

He’s revealed that he’s feeling like “a million dollars” after losing a whopping 20kg in just two months.

Sharing a before and after shot to Twitter, he told followers that his pictures hadn’t been edited and he’d lost the weight with the help of a personal trainer.

So July I was 98.kgs and felt uncomfortable and always struggled with my weight. But after a 8 week gruelling but rewarding cut with #tommyoxfordfitness I’m in the best shape of my life today at 78kgs and I’m so proud of myself non photoshopped too xx pic.twitter.com/yVVAAH359c

Stevi revealed that in July he weighed 98kg, with his weight dropping to 78kg in just eight weeks.

He revealed: “I’m in the best shape of my life and I’m proud of myself.”

Stevi also revealed that he has “always struggled” with his weight.

His followers were quick to heap praise on the singer, with one calling him a “hero”.

Wow! Look at you Stevi swit swoo you look amazing! Well done and congratulations on your weight loss you’ve done really well and should be proud of yourself! Now show them pecks off Lol 😉 xx ❤️

He said: “Looking great bro. Better get myself in the gym.”

Stevi told OK! about his body transformation. He said: “I did a program with Tommy Oxford Fitness, he’s on Instagram and he’s amazing.”

She’s driving me for a change @summershearing my world #hemsbybeachholidaypark

He added: “He put me on an eight-week body transformation program. It’s been hard but now I have abs, I’m feeling like a million dollars!”

We’re sure the ladies will be queuing up now Stevi is fighting fit and feeling better than ever.

At the front of the queue is his adorable daughter Summer.

Stevi enjoyed an on/off relationship with his X Factor co-star Chloe-Jasmine Whichello, who he met on the show in 2014.

It’s not known if the pair are still together.

They haven’t posted pictures of each other on their social media accounts since last summer.

Celebrity X Factor hits our screens next month, but one star who has confirmed she won’t take part is Sharon Osbourne, who ruled out a return to the judging panel.

Let us know what you think of Stevi’s amazing transformation on our Facebook page @EntertainmentDailyFix.