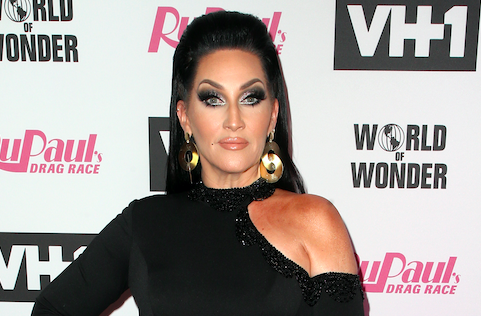 Michelle Visage may have been voted off Strictly Come Dancing, but it won’t be long before she’s back on the BBC if she has anything to say about it…

The Rupaul’s Drag Race star, 51, has revealed she wants a role on soap EastEnders – and already knows who she’d play.

And, actually, we reckon she’d fit right in!

In an interview with Good Housekeeping, Michelle revealed she was “vying for a guest role” in EastEnders, admitting she preferred the BBC soap to ITV’s Coronation Street.

After revealing her desire in the interview, Kat Slater actress Jessie Wallace has given Michelle her blessing…

When a fan tweeted a short film of Michelle saying she believed she was a long-lost Slater, saying “this needs to happen”, Jessie replied saying: “I believe this too!”

Former EastEnders boss Dominic Treadwell-Collins also got involved, claiming that he had been up for the idea before leaving for pastures new.

He tweeted: “We discussed it – but then I left! @michellevisage and @JessieWallaceUK together? QUEENS.”

We discussed it – but then I left! @michellevisage and @JessieWallaceUK together? QUEENS. x

Of course, Kate Oates is now in charge of the BBC soap, so it’s up to her if Michelle arrives in Albert Square.

But with both Michelle and Kate being champions of gay rights, we think it’s possible!

Michelle and her dancing partner Giovanni Pernice were eliminated from the competition in Blackpool, after their Couple’s Choice dance to Madonna’s Vogue led to a dance-off alongside Saffron Barker and AJ Pritchard.

Maybe it’s time for a new Slater to liven things up a bit?