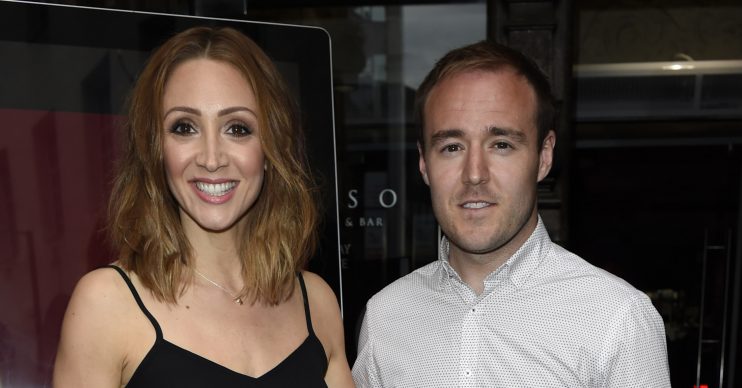 She recently revealed she was expecting a baby with boyfriend Lewis Devine.

But her happy news hasn’t stopped former Corrie actress Lucy-Jo Hudson from “worrying” about her ex-husband Alan Halsall’s rumoured appearance on I’m A Celebrity this year.

Earlier this month, Alan hinted that he had signed up to the jungle’s 2019 series, posting an image of himself to Instagram “somewhere in the middle of nowhere”.

His caption read: “It’s a jungle out there,” accompanied by the winking emoji.

Now Lucy-Jo is said to be worried that he’ll spill the secrets of their marriage split while he’s Down Under.

A source told The Sun: “I think it is fair to say that Lucy would prefer Alan to remain in Weatherfield.”

They continued: “People always get emotional and talk about their personal lives in I’m a Celebrity because a lot of time they are hungry, lonely and vulnerable and there’s nothing else to do.”

Alan was reportedly left “heartbroken” following the end of his nine-year marriage to Lucy-Jo last year.

The former couple are parents to adorable daughter Sienna, six.

As Ent Daily reported, things are going from strength to strength for the pair, with Tisha recently moving into the house Alan and Lucy-Jo built together.