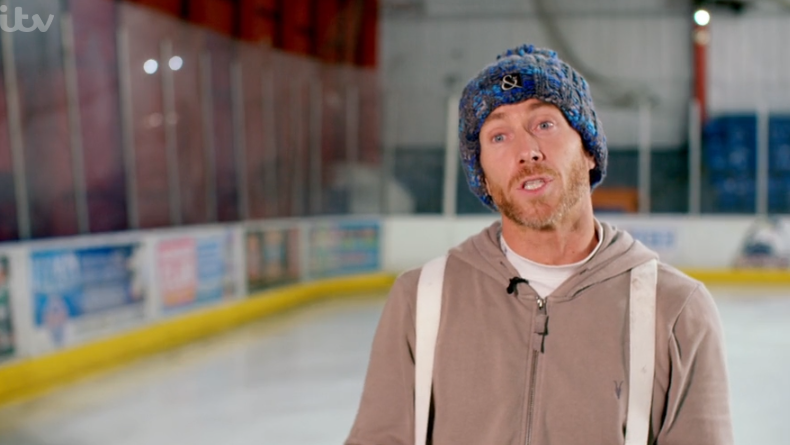 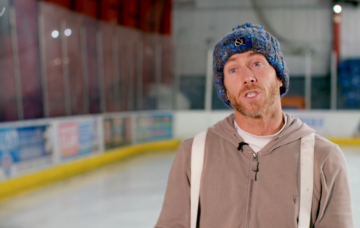 She was checked over my medics

This series of Dancing On Ice has had more than its fair share of injuries since it began last month.

Contestant James Jordan’s ‘biggest fear’ has come true, after he dropped his skating partner, Alexandra Schauman on her head – causing her to need medical attention.

We cannot WAIT for all the tricks coming in Time Tunnel Week! Have a peek at our skating stars in training ⬆️ #DancingOnIce

In pictures released by ITV, the ballroom dancer was seen holding Alexandra upside down in between his legs when they both suddenly hit the ice.

A horrified James was seen landing on top of her with Alexandra’s head hitting the floor first.

The professional dancer is said to have slipped in rehearsals while holding Alexandra, sending her hurtling to the ice head first.

A doctor attended Alexandra and checked her out, while James sat on the ice looking emotional.

James has previously admitted to Digital Spy: “Lifting on the ice is totally different to lifting on the floor. It’s scary. It scares me, and I know how to lift.

Dancing On Ice took to Instagram to share a video of James and Alexandra practising a similar move, and fans rushed to wish them luck with it.

One commented: “Good luck to everyone ❤️❤️.” Another said: “Good luck you lot, looks like a brilliant show this week, going to be close.” A third seemed scared by the intense moves, adding simply: “😱😱😱😱😱.”

It followed the former Strictly Come Dancing star having intense physiotherapy, which left him screaming in agony.

In video footage posted on Instagram by his co-star Brian McFadden, the former Strictly professional was seen shouting as he sat bare-chested and held his arm in a bowl filled with water and ice cubes.

He continued to struggle visibly with the ordeal, which made his hand go numb and sent shooting pains up his arm.

Apparently James isn’t the only one feeling the pressure. He shared a video on InstaStories on Friday, showing Brian passed out rink-side.

But Dancing On Ice have promised exciting things for Sunday’s show, taking to Instagram on Saturday morning to say: “Our pros are powering up for a BIG routine this weekend #DancingOnIce.”

Who are you rooting for to win this series? Leave us a comment on our Facebook page @EntertainmentDailyFix and let us know what you think.