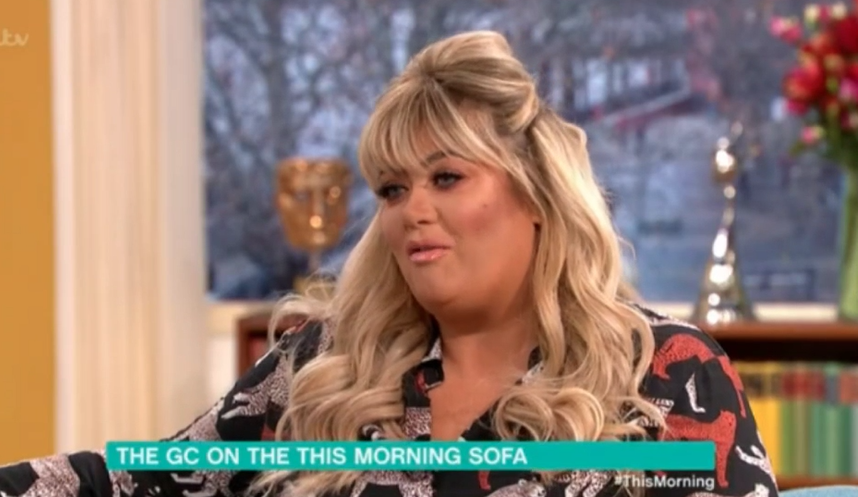 She fell face first onto the ice last month

Gemma Collins has said her knees will take “six months to recover” after her fall on Dancing On Ice.

The TOWIE star and her partner Matt Evers were voted off the ITV skating show after losing out in the skate off to Ryan Sidebottom and Brandee Malto on Sunday night.

And now, The GC has revealed she is facing a lengthy recuperation period due to her the injuries she suffered when falling during one of the live shows and subsequent tumbles in rehearsals.

And Gemma admitted that she “never felt the same” after her famous fall a few weeks ago.

Appearing on This Morning on Monday, Gemma said: “When I fell on the ice, I never felt the same ever again, I’ll be honest with you, I was very lucky, but my knees, I’ve got a six month recovery on my knees.

“When I spoke to the physio and she said to me, ‘It’s going to take six months for them to start healing.’

“That’s because I kept falling, and let’s be fair I ain’t the lightest of persons, so, you know… But I had a really good time.”

Gemma, 38, was also disappointed when people started questioning whether or not she faked her face-first fall because there’s no way she’d want to risk serious injury on the ice to garner sympathy.

She added: “That was weird, because no way I would want to fake that. The pain I was in, I was crying for days.

“I’m still in pain now, but as they say it’s the knocks in life that make you stronger and I certainly took a lot on the show.”

Gemma – who was supported by her boyfriend James ‘Arg’ Argent throughout her time on Dancing On Ice – insists she is going to continue her fitness regime as she has lost two-and-a-half stone since she began training for the programme in October and may occasionally skate for fun.

She vowed: “I will 100 per cent keep up with the fitness and I’m saying this on national TV because I feel so much better, like I could just move a lot more, I can do my shoes up.

“I’ll be honest I had about three tyres round my middle and they’ve gone. I’m still a bigger girl but when I got on the scales, I was shocked because I’ve actually lost two and a half stone.

“It never goes off my face, I think I need some sort of lifting surgery. I was shocked I couldn’t believe and just feeling fit. I don’t know what form of exercise I’m going to do yet.

“I might take to the rink but for an enjoyment purpose, skate round for an hour, you know, because it is good exercise, but I really do want to continue with my fitness.”

Are you pleased Gemma left the show last night? Leave us a comment on our Facebook page @EntertainmentDailyFix and let us know what you think!