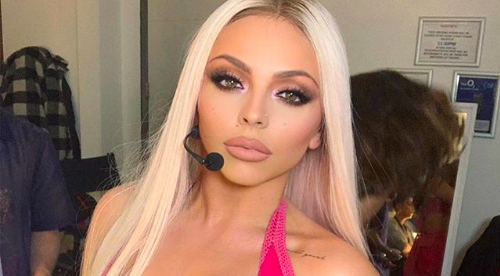 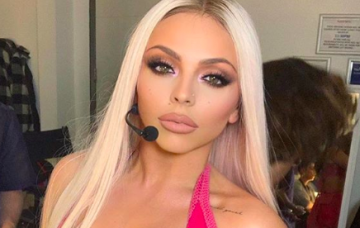 It seems not everyone loves a bit of celebrity gossip – especially when they’re the subjects of it.

Singer James Arthur has slammed reports that he was “all over” Jesy Nelson at Wednesday night’s Brit Awards, kicking off: “What kind of a person sneaks pics of people sitting and chatting?”

James – who won X Factor in 2012, a year after Jesy’s band, Little Mix won the reality show – took to Twitter to rage about the headlines.

He wrote: “Firstly, we were not kissing, we were talking closely because it was loud as [bleep] in a club. Have you ever tried having a conversation when there’s loud music? You gotta be tactile. Sad state of affairs when a guy and a girl can’t sit and chat without being romantically involved.” 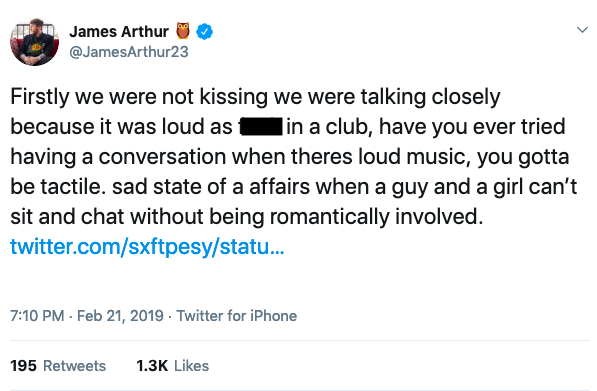 He added: “What kind of a person sneaks pics of people sitting and chatting at a party? Scruffy that.”

It followed claims in The Sun that they were holding hands and hugging.

An onlooker took a photo of the pair sitting together at Sony’s official after-party, and told the newspaper: “Jesy and James slipped away from her bandmates and took over a private booth by a window. They sat there for over two hours and were deep in conversation, often putting their arms around each other’s shoulders. 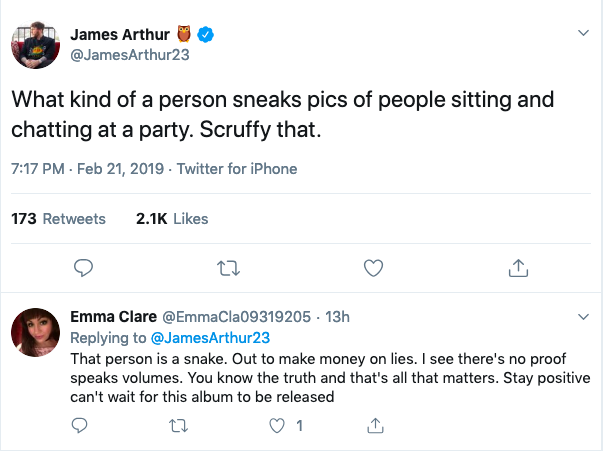 “She kept grabbing his hands and pulling him in close to whisper in his ear. At one point Jesy gave James a hug, while he kissed her cheeks and forehead.”

His fans offered their support, with one writing: “James, we love you, just ignore it and them. Keep being you, we know you are a true gent, honest and humble. Love you to the moon and back.”

Another said: “You don’t have to explain what happened to anyone. We all talk with friends, we all leave one lot of friends to go talk to others.”

While a third tweeted: “No one believes it, so just ignore them. We all know better. There is nothing you have to explain about. It’s your life and if you talk to a friend that’s it and no one else should comment on it or interpret something that isn’t there.”

A fourth added: “Why do some people love to make a story out of nothing @JamesArthur23 😠. Such a shame when you can’t talk to someone of the opposite sex without people making a story purely for money. x.”

Others joked that they wished it was true, writing: “You know how people are. They make up things and then spread it. Anyway, I would like to see both of you dating haha😊.”

A second said: “FIT couple it would be though😍.” A third laughed: “You defo would tho 👏🏻.”

Jesy – who caused controversy with her racy BRITs performance with her bandmates, Perrie Edwards, Leigh-Anne Pinnock and Jade Thirwall – has yet to comment on the claims.

But it looks like she had a good night, celebrating her Best British Video win.

What do you think of James’ reaction? Leave us a comment on our Facebook page @EntertainmentDailyFix and let us know what you think.