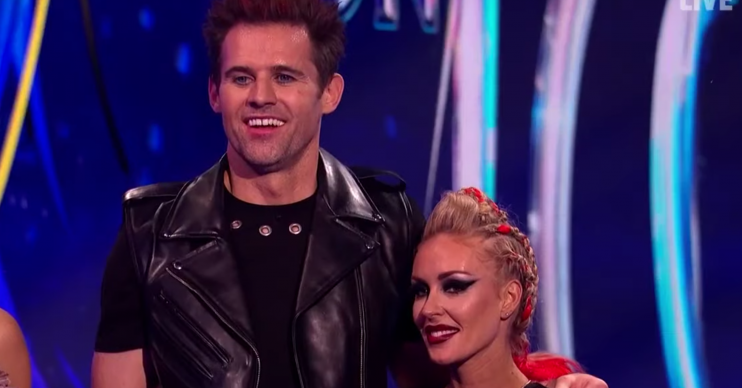 Reality TV star Brianne Delacourt has already said yes to handsome ex-footballer Kevin Kilbane – but now it’s been revealed that her daughter Gracie approves too, as she calls him ‘Dad’.

The pair, who recently got engaged, were partnered up on ITV’s Dancing On Ice – and although they have not been together long, they are already believed to be a doting family for three-year-old Gracie.

The loved-up couple announced their engagement after only a couple months of dating, and Kevin has already moved into Brianne’s home that she shares with her daughter.

Gracie obviously approves of her mum’s new found romance, too.

She is the best mother when it comes to her three-year-old, and I don’t think if this wasn’t real that she wouldn’t allow Gracie to call Kevin daddy.

The pair announced their engagement after a whirlwind romance with the pro skater sharing a loved up picture with her followers. Brianne wrote: “He was worth the wait ❤️💋 Kev, you’ve made me the happiest girl in the world. You’re my fairytale ending.”

She also shared a video of the special moment as the ex-footballer popped the question while out for a romantic dinner.

Dancing On Ice co-star Matt Evers revealed the touching fact whilst on the Jeremy Vine Show on Friday, saying: “Brianne, I’ve never seen her like this before. She’s chilled out, she’s changed. I mean her daughter calls him ‘Dad’ already.”

He continued: “She is the best mother when it comes to her three-year-old, and I don’t think if this wasn’t real that she wouldn’t allow Gracie to call Kevin ‘daddy’.”

While it might be perfect scores in their love life, their journey on the ice has unfortunately already come to an end.

Discussing their exit, Kevin said on the show: “I didn’t need to come on the show, it’s been an incredible run. We said if we make it to our birthdays we will be happy.”

Asked if they will continue skating together, he replied: “Absolutely, Definitely. It’s fixed my posture in many ways.”