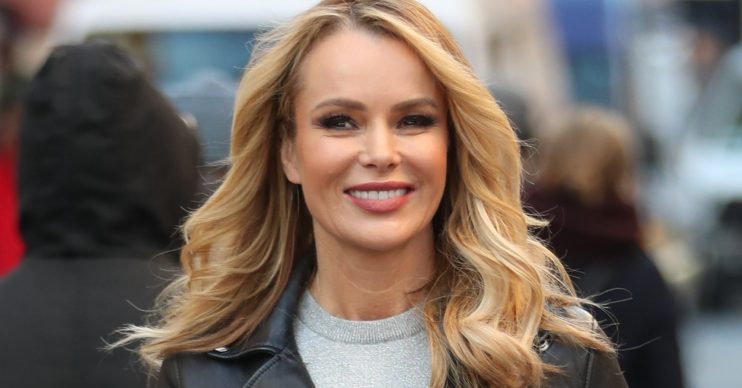 She's been on the show since its launch

Presenter Amanda Holden is reportedly preparing to sign a new deal worth £3million to remain on Britain’s Got Talent.

The 48-year-old is said to putting pen to paper on a new £1 million-a-year ITV contract that will keep her as a judge on the show for another three years.

Speaking to The Sun, a source claimed bosses at ITV are “desperate” for Amanda – who has been part of the show since its launch in 2007 – to stay on the panel.

They told the publication: “After boosting listening figures for Heart, it shows why ITV are desperate to keep Amanda on BGT as she brings a whole new audience with her.

“The show wouldn’t be the same without Simon Cowell and Amanda. The judges’ chemistry plus her incredible outfits and down-to-earth humour have been a hit since the very start.

ITV are desperate to keep Amanda on BGT.

“Amanda has been enjoying a family holiday in the Maldives but she is expected to sign when she returns to the UK next week.”

In 2019, Amanda was reported to have signed a deal worth £3million for her breakfast show on Heart FM.

The presenting duo were reportedly offered the three-year deal and it could rise to £50million if they decide to extend it, amid fears at ITV that the pair could be poached by tech giant Amazon as it continues making inroads in film and TV.

Read more: Amanda Holden ‘breathes in’ as she shares bikini picture from her holiday

A source quoted by The Sun on Sunday said: “With their current golden handcuffs deal up for renewal, other broadcasters have been sniffing around — most notably Amazon who still have a lot of cash to splash.

“There was talk of them getting their own series on the streaming giant. ITV are desperate to prevent this and have come in with a new, big, big money, three-year deal. Ant and Dec are unquestionably ITV’s most prized assets.

Speaking further, the source said Ant and Dec “consistently come out top” in internal audience feedback polls” and, with the TV in a “time of flux”, its important that stations hold on to “big-draw names” like the presenting duo.