The Loose Women host, 57, could barely believe she had endured so many errors as she recorded a preview for today's episode ahead of time.

Her autocue fouled up, the screen went blank and a tremendous fart ripped through the audio as complete pro Kaye struggled to get though her task.

But after she thought she was safely off the air, the Scottish daytime TV star let the studio audience know exactly how she rated the messed up segment - and wondered why there had been such a string of inexplicable gaffes. 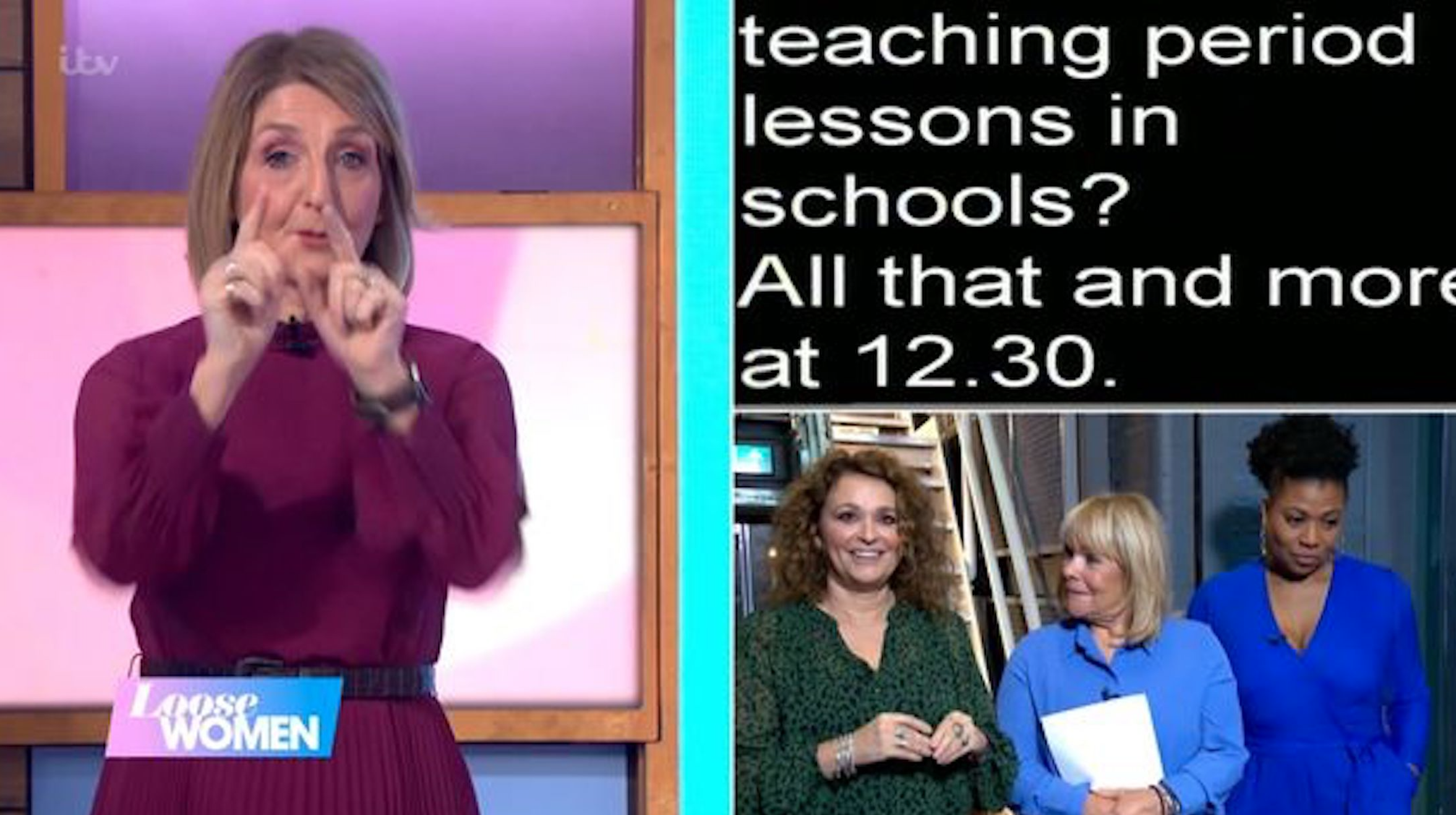 Kaye did not give up! (Credit: ITV Hub)

Despite the odd camera angles and malfunctioning cues and script, Kaye had pushed on with her difficult task regardless.

But it soon became clear why she had to put up with so much going wrong - she was being wound up by her fellow panellists.

We've got a few gremlins in! I do apologise.

Speaking about the trick during the show proper, Kaye revealed the practical joke was all Nadia Sawalha's idea.

A good-humoured Kaye admitted: "They all pulled this ultimate prank on me earlier.

"Take a look at this... this is me genuinely thinking that I am doing a live promo to This Morning while all chaos is going on."

With Nadia, Linda Robson and Brenda Edwards watching backstage, viewers got to see how Kaye held it all together in the face of very testing conditions.

She joked, before being interrupted by the sound of extended flatulence: "We've got a few gremlins in! I do apologise. And as Stacey said yesterday..."

'I have no idea what went out on television, but it wasn't good!'

An unrattled Kaye then improvised: "She didn't say that!"

But as the studio audience applauded to signal the end of the promo, Kaye turned to the crew and pondered: "And the official television reaction to that is: 'What the [bleep]?'"

She added: "I have no idea what went out on television but it wasn't good!"

However, Nadia, Linda and Brenda quickly made an appearance to let her know she had been pranked as a shocked but relieved jokingly scolded them: "You devils!"