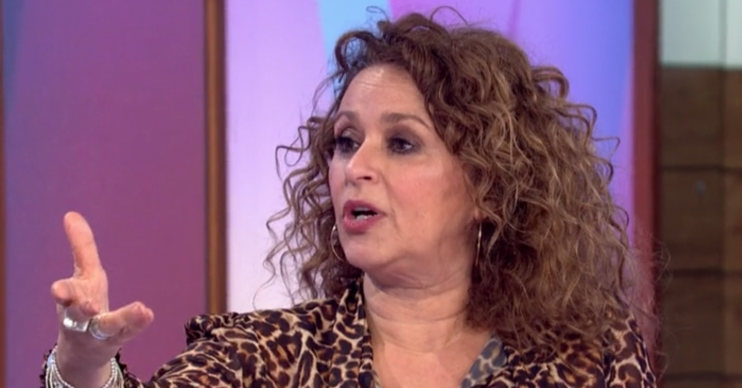 Daughters pulled her up on her language

Nadia Sawalha has defended her choice of words to describe a Love Island contestant – despite horrifying her family by referring to reality TV star Mike Boateng as “the black guy”.

The Loose Women panellist revealed she was annoyed at being ‘told off’ by her daughters for her turn of phrase.

But the chat show fave also insisted she had no “intention” to be “unkind” with her manner of speaking.

Nadia, 55, admitted she had no idea how other to indicate she was talking about footballer and police officer Mike, 24.

She recalled how she had been called out for the remark while watching a recent episode of the ITV2 series with her kids.

However, she still does not believe there was anything wrong with what she said and called for more tolerance.

My intention is not unkind, it’s to describe someone I’m seeing.

Nadia explained: “The other day I was watching Love Island, as I always do I watch every episode, and it was the second day and I didn’t know their names.

“I was saying: ‘Does that girl like the black guy?’.

“And both my girls were like: ‘You can’t say that, why did you have to say he was black?’.”

She continued: “I didn’t know how to say ‘that guy’. The other one I’d say ‘the guy with the big teeth’.

“My intention is not unkind, it’s to describe someone I’m seeing.”

Fellow panellist Judi Love seemed to understand where Nadia was coming from.

She went on to joke: “Lets be real – in Love Island there’s only one black boy, so you’re going to say ‘the black boy”.”