A jubilant Piers Morgan has admitted he is "quite pleased" for being responsible for so many reports to Ofcom after Good Morning Britain viewers made nearly 1000 complaints about him.

The TV host, 54, was cleared by the regulator for transgender discrimination after claiming he identifies as a penguin and arguing against the presence of 100 genders.

However, the former newspaper editor noted earlier today he embraced the complaints as a "badge of honour" - and gloated about fellow host Susanna Reid being pulled up for a "lack of challenge" over the issue.

Piers chuckled: "Very good ruling I have to say. A thousand people complained and they all want me fired. 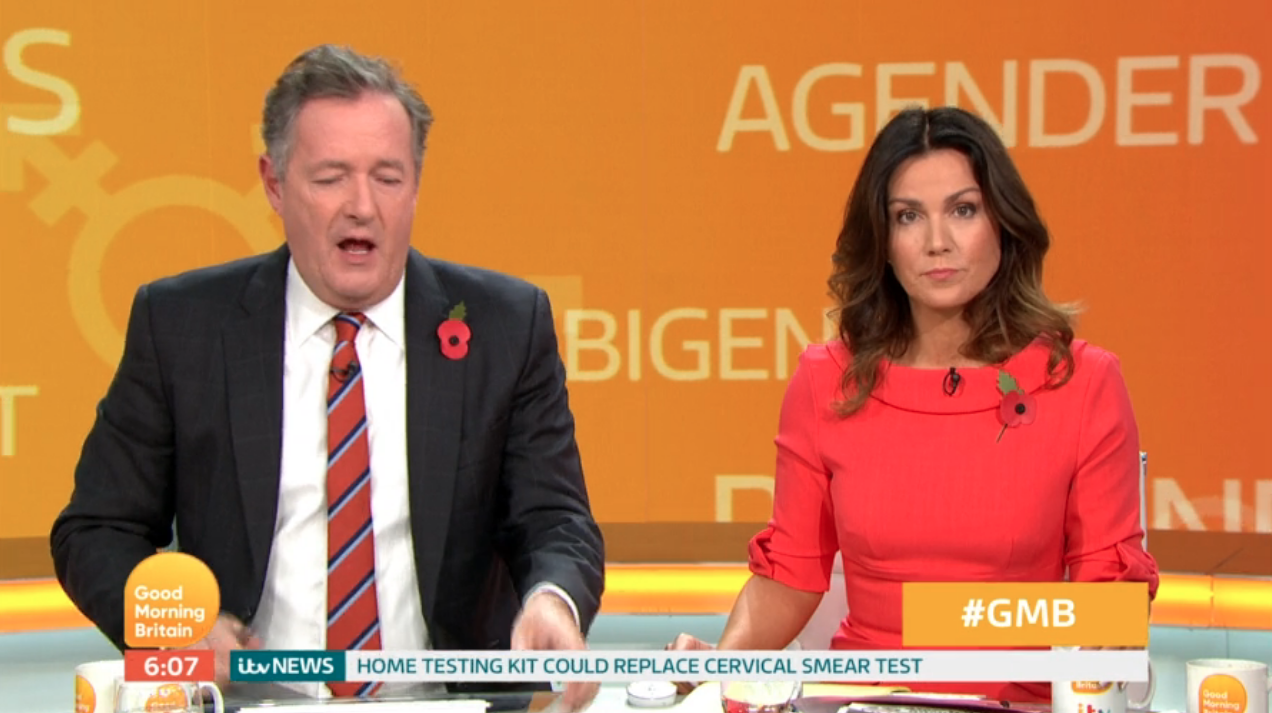 Piers is off the hook (Credit: ITV.com)

Read more: Piers Morgan hits back at 'shocking abuse' on social media as he prepares for GMB return

"The only person singled out for complaint is actually not me... it's Susanna."

Susanna - shown with a 'halo' at one point - seethed: "He gets exonerated and I get criticised!"

Thank you to all of those who complained. You have, as I suspected, empowered me.

Piers noted the report said he held "very strongly held views" on gender identity and is entitled to express those views.

The ruling also said the breakfast programme’s viewers have "clear expectations around his provocative position on the issue". 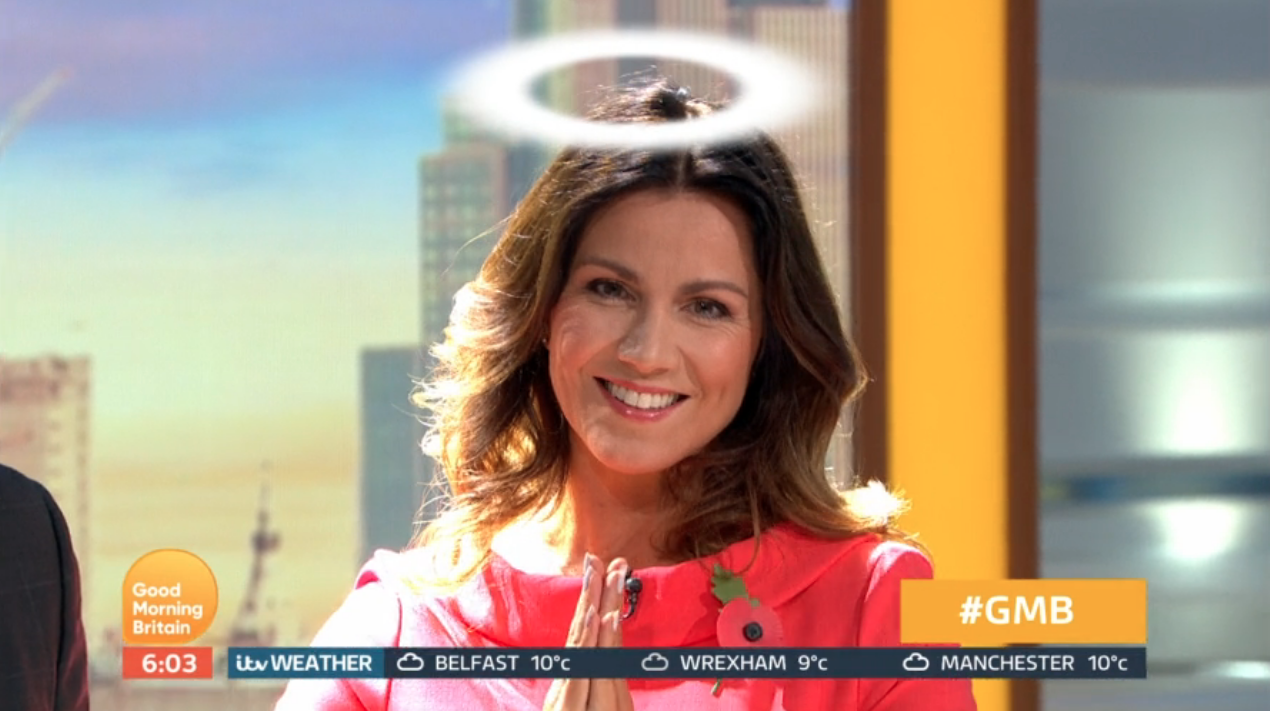 Susanna got pulled up! (Credit: ITV.com)

Read more: GMB guest slammed for claiming children shouldn't be taught about WWII as it's 'bad for mental health'

Piers insisted the ruling had "empowered" him - and thanked his detractors for making that happen.

He crowed: "These things have to be debated without the hysterical Twitter mob simply saying: 'Cancel him! He must be fired! He doesn't agree with me! Fire him!'

"That's not the way things work in the real world, as Ofcom has just ruled. So thank you Ofcom.

"And thank you to all of those who complained. You have, as I suspected, empowered me. 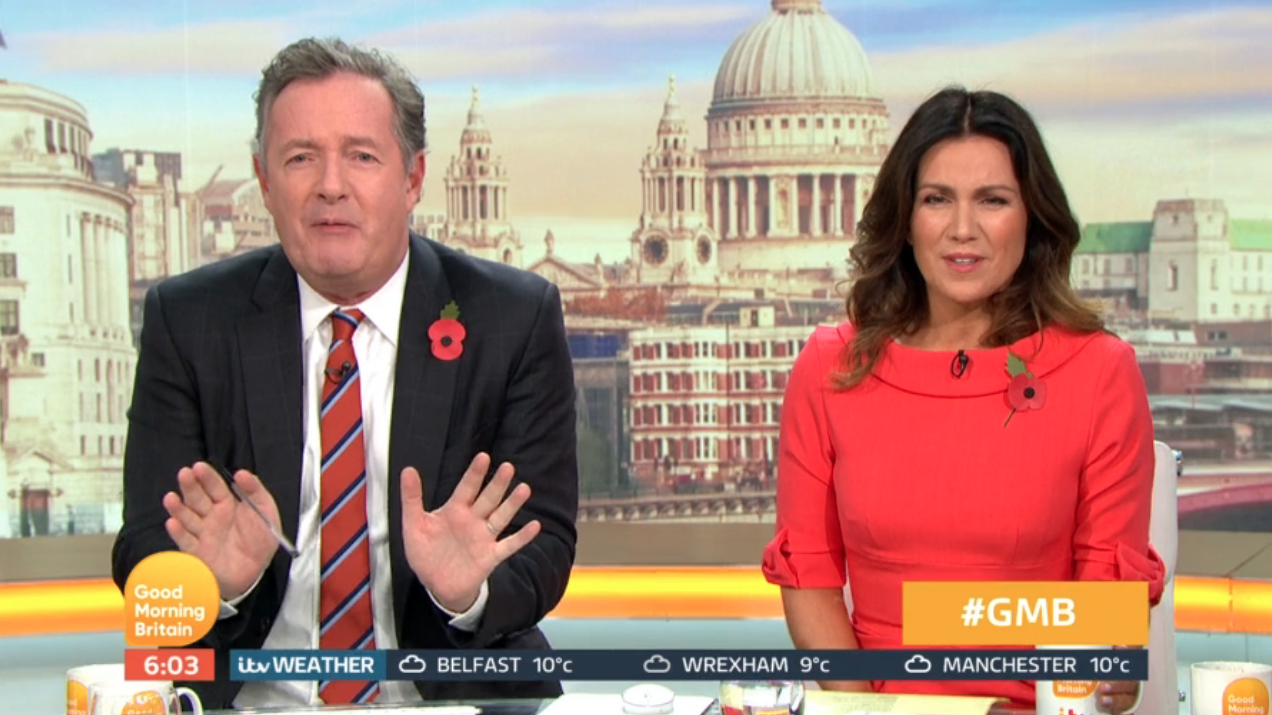 Hundreds of social media users commented on the Ofcom result on Twitter, with many taking Piers' side.

"100% agree with Ofcom and @piersmorgan," one person tweeted.

"Offence is rarely given but frequently taken," remarked another supporter.

A third pondered: "I want to make a complaint about the 1% who believe its OK to force 1000 or however many genders they decide it is today and vegans who think they can demand that I stop eating meat. How do I do this?"

Following nearly 1000 complaints against @piersmorgan for his opinions on gender identities, he has been cleared by Ofcom with the regulator saying he 'has a right to express his views.'

Thoughts on this ruling?