TV's Piers Morgan has claimed the Queen has been "bullied" in the ongoing royal 'crisis' talks.

On Monday, Her Majesty released a statement explaining she and her family are "entirely supportive" of the Duke and Duchess of Sussex's decision to step down as senior royals but has "asked for final decisions to be reached in the coming days" following a summit at Sandringham with Harry, Prince Charles and Prince William.

On Tuesday's Good Morning Britain, Piers discussed the outcome from the meeting and said the couple "don't care" about the Queen. 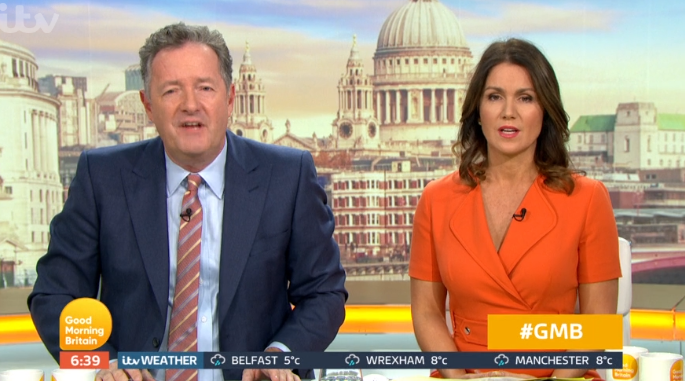 Piers claimed the Queen has been "bullied" in the ongoing royal 'crisis' talks (Credit: ITV)

"You can't question anything the Queen [has done], she's magnificent. She's been bullied into this."

You can't question anything the Queen, she's magnificent. She's been bullied into this.

Susanna Reid hit back: "Yesterday, Harry and William said don't use language like that," referring to the brothers' statement denying claims William had a "bullying attitude" towards Meghan and Harry.

Piers said: "Yeah, doesn't mean it's not true," to which Susanna said: "You can't say the Queen has been bullied. She is being supportive and sensitive." 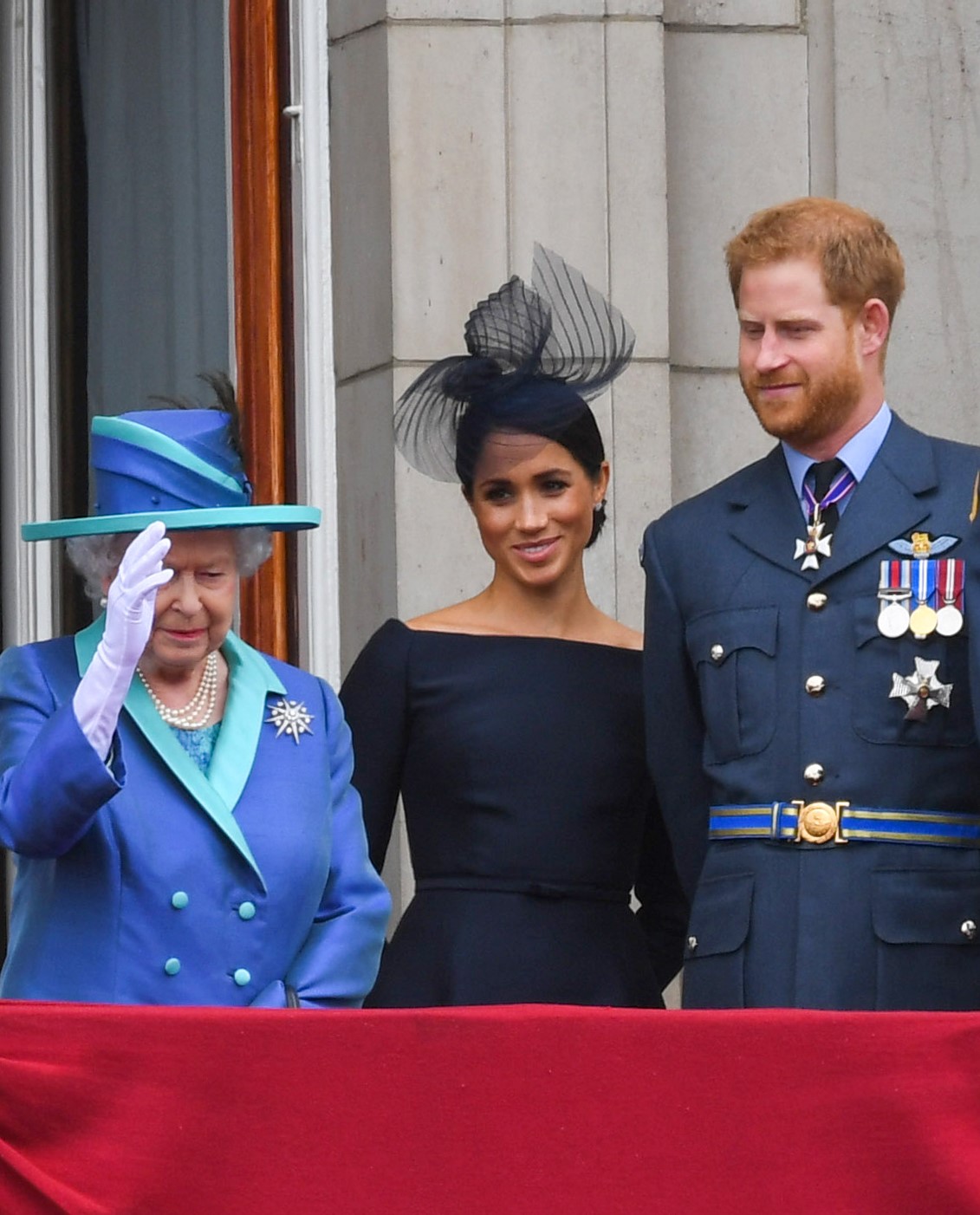 The Queen supports Meghan and Harry's decision to step back from royal life (Credit: Splashnews.com)

Piers continued: "We know they [Harry and William] have a big rift and that is down to the status that William is going to be King and Harry isn't.

"Now Meghan and Harry are gone. I doubt she'll come back. She'll keep Frogmore Cottage just incase she does come back but they want to be global superstars cashing in on the royal status she only has because she married Prince Harry.

"I don't think it's right. The Queen has been effectively railroaded into doing this deal because she's terrified of having another Diana situation."

Susanna said: "Because she loves her grandson and wants him to be happy."

On Monday, a statement from the Queen read: "My family and I are entirely supportive of Harry and Meghan's desire to create a new life as a young family. 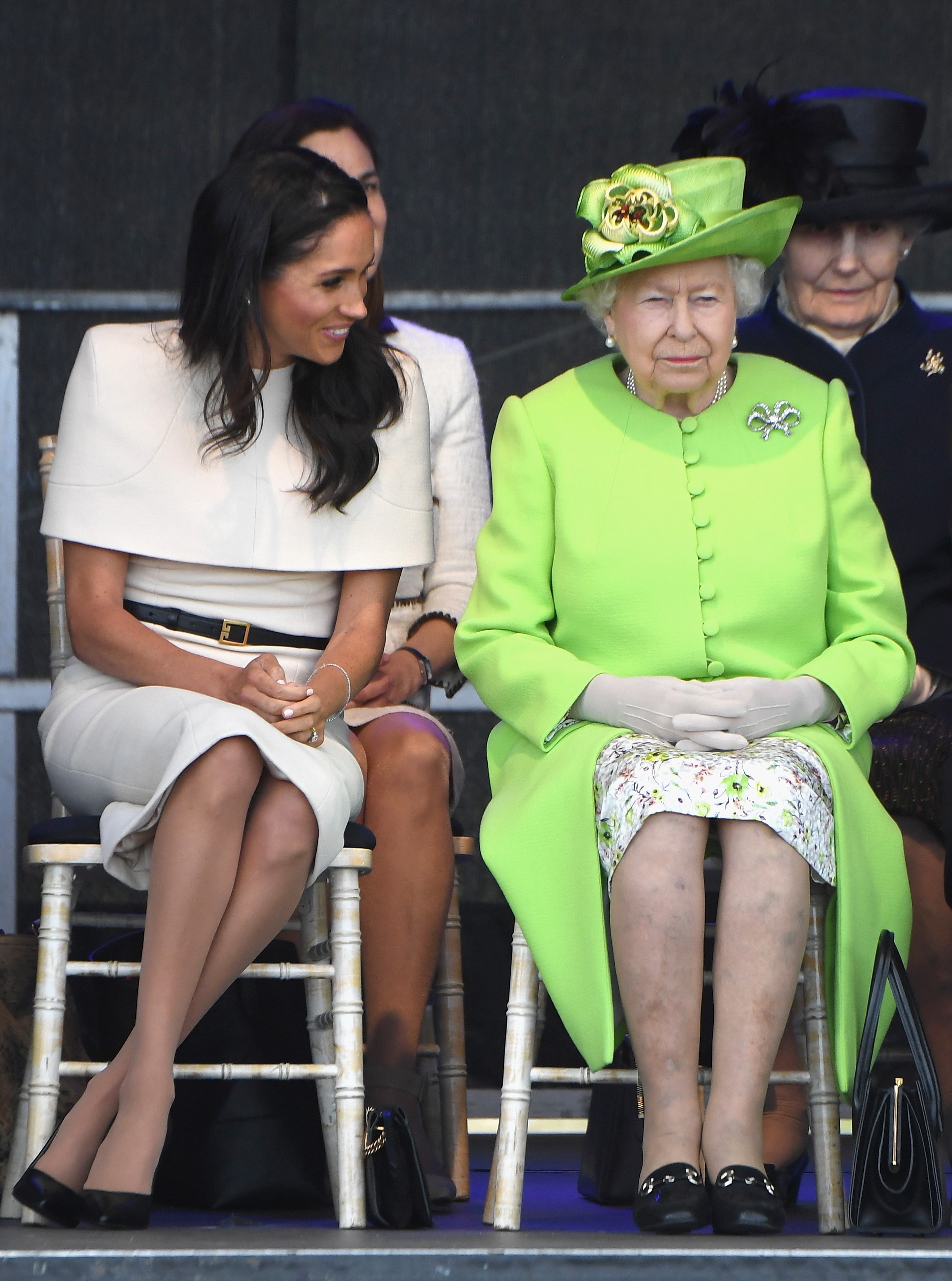 The Queen said she "would have preferred them to remain full-time working Members of the Royal Family" (Credit: Splashnews.com)

"Although we would have preferred them to remain full-time working Members of the Royal Family, we respect and understand their wish to live a more independent life as a family while remaining a valued part of my family.

"Harry and Meghan have made clear that they do not want to be reliant on public funds in their new lives.