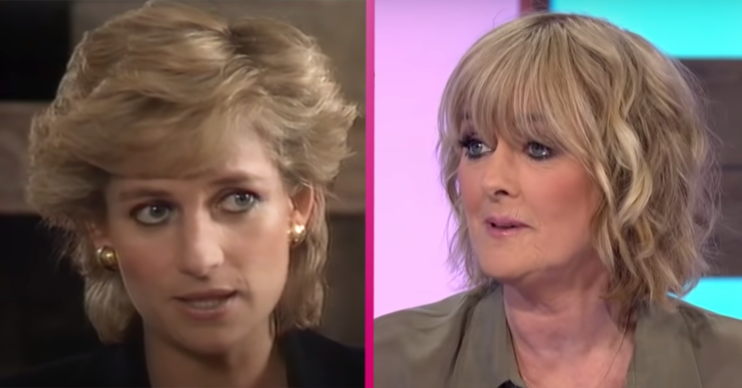 Jane claimed she believes Diana had no idea how controversial her opening up would prove.

The journalist also said during today’s show (May 24) that the Princess of Wales looked “wounded” when she saw her in the aftermath.

Jane revealed she was on the same plane as Diana the day after the interview was shown on TV.

They were both flying to Buenos Aires – and Jane observed she reckoned there had already been fallout with Buckingham Palace.

Read more: Stacey Solomon admits concerns over her health after being messaged by worried fans

“I could sense straight away that she regretted it,” Jane said.

“I think she didn’t anticipate the reaction that it would have.”

‘Her life was tricky’

Jane also suggested she got to see how difficult Diana’s life could be, explaining how she balanced her public and private life.

“She was a bit like a wounded deer when she got on the plane,” Jane continued.

Diana knew what she was doing.

But Jane also explained how Diana removed her make up, changed into a tracksuit and slept with a blanket over her head during the flight.

When they arrived in Argentina, the princess put her public face on again.

Jane reflected how Diana had a “tough” existence: “I saw first-hand how tricky her life was.”

Jane admitted Diana ‘was in charge’

However, Jane also rejected the notion that Diana was just a victim of underhand practices.

Jane insisted Diana was not an “innocent simpleton” who was manipulated for the interview.

Jane continued: “[Diana] was very much in charge of her own destiny.

“She was bright, she knew what she was doing.”

These reportedly led her to believe that members of the royal family and their staff were spying on her.

Prince William slammed the findings. He said: “It is my view that the deceitful way the interview was obtained substantially influenced what my mother said.

And Prince Harry reacted by accusing the BBC of covering up “deceitful behaviour”.

He said: “The ripple effect of a culture of exploitation and unethical practices ultimately took her life.”

Social media users watching at home were not particularly impressed with Jane’s claims.

“This same woman belittles Meghan and makes out Harry is under her spell. But Diana was clever and knew what she was doing. So Diana knew but her son doesn’t?”

Another viewer claimed: “You’re wrong Jane. He told her lies to get the interview and those lies influenced the interview.”

And a third person wrote: “Oh the irony of Jane talking about ‘good journalism’.”