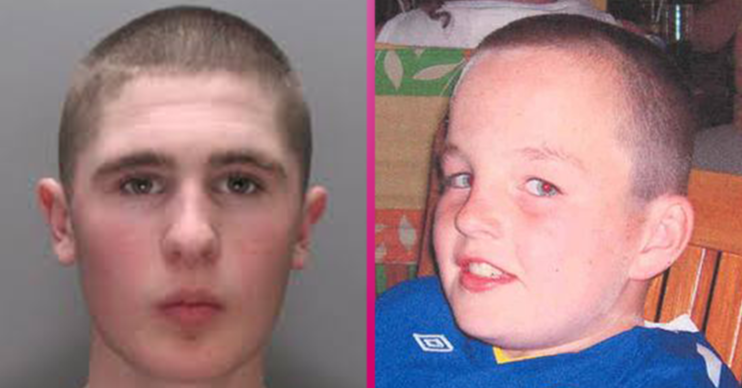 The murder of Rhys Jones was a crime that shocked Britain.

He was just 11 years old when a gang ruthlessly gunned him down as he walked home from football practice.

But why did Sean Mercer shoot Rhys Jones? Was there even a motive?

Here, we explain in detail the events that led to the tragic day.

Mercer was a member of the Croxteth Crew Gang when he shot Rhys with a Smith and Wesson .455 revolver.

During the 2008 court trial, the then 18-year-old denied charges of murder.

The thug claimed he killed Rhys by mistake.

According to the prosecutor, Neil Flewitt, Mercer had another victim in mind.

He told the jury: “It is the prosecution case that he was the innocent victim of a long-running feud between rival gangs operating in and around the area of the Fir Tree public house.”

Who did Sean Mercer intend to kill?

Sean Mercer’s intended victim was Wayne Brady – a member of the Strand Gang.

Mercer and those who assisted him after Rhys’ murder were all members or associates of rival gang the Croxteth Crew.

The rivalry allegedly stems from the murder of Liam Smith – a member of the Strand Gang.

READ MORE: What happened to Rhys Jones’ brother Owen and where is he now?

Smith was shot outside Altcourse prison a year before Rhys was killed.

Three members of the Croxteth Crew were convicted of murdering Smith and one of manslaughter.

Tensions grew the day Rhys was shot after Wayne was spotted on Croxteth Crew territory.

He was in the area with two others because he allegedly wanted to borrow a bicycle from a friend.

According to the prosecution, this is what brought Mercer to the scene of the crime – he was trying to shoot Wayne when he killed Rhys.

“Rather evidence suggests there was some more personal animosity between them.”

What happened to Rhys Jones?

The prosector explained that Rhys unknowingly ended up “walking into the line of fire” while walking home on August 22.

CCTV footage played to the court showed the schoolboy making his way through the Fir Tree pub car park.

“At almost exactly the same time as Rhys Jones walked into the car park, a hooded gunman on a bicycle approached the scene from the rear of the Fir Tree,” the prosecution stated.

“[He] took up a position on the grass in front of the fence running alongside the path on the far side of the car park.”

In the CCTV footage, a startled Rhys turned his head after hearing a bullet hit a nearby container.

Mercer then fired a second bullet.

This hit Rhys and caused him to fall to the ground.

Home Office pathologist Dr Paul Johnson said Rhys was shot in the back, just above his left shoulder blade.

The bullet exited the front right side of his neck.

An ambulance was called as his mother Mel Jones rushed to the scene.

Rhys died in his mum’s arms in the pub car park.

When paramedics arrived, they rushed Rhys to Alder Hey children’s hospital but attempts to resuscitate him failed.

Where did Sean Mercer go after the shooting?

After the shooting, Mercer acted quickly to distance himself from Rhys’ death.

One member also provided Mercer with an alibi to police.

But in 2008, Mercer was convicted of murdering Rhys.