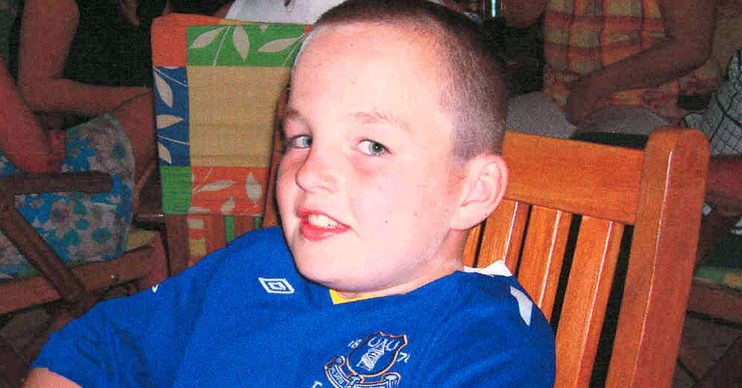 Rhys Jones was just 11 when he was gunned down in a Liverpool car park in 2007.

A new documentary airing on Channel 5 tonight (July 3) will examine the string of clues that led investigators to the schoolboy’s killer.

Rhys was making his way home from football practice when he was shot dead by gang member Sean Mercer, who rode up on a bicycle and fired three shots with a pistol.

Little Rhys was caught in the cross fire, collapsing in a pool of blood after being hit in the neck.

His mum Mel, who was alerted to her son’s fatal injury by one of his football coaches, held him in her arms as paramedics arrived at the car park of the Fir Tree Pub in Croxteth.

“But there was no response from him at all. He was just lying there in a huge pool of blood.”

An hour later, her innocent boy was dead.

It is believed many in the area knew who did it, but local gang the Croxteth Crew were deeply feared and silence fell over the community.

At least a dozen people saw Mercer fire the shot, and yet it took coppers eight months to gather enough evidence to make arrests

No one would come forward to give a statement. Police arrested Mercer three days after the killing, but had to release him for lack of evidence.

Mercer took careful steps to cover his tracks in the hours immediately after the killing, burning his clothes and getting a 17-year-old boy with no criminal record to hide the murder weapon.

But Rhys’ parents and investigators didn’t give up.

Mel and Rhy’s dad Steve gave appeals at Everton matches, their boy’s favourite team, for the killer to hand himself in.

Months of careful surveillance work eventually revealed that the 17-year-old whom Mercer roped in had been set up.

They got him to help with the investigation in return for witness protection and found the gun used to kill Rhys stashed at his home.

Read more: Real-life drama about 11yo Rhys Jones’ murder has viewers in tears

Coppers then arrested the gang responsible in a series of dawn raids.

Mercer was put away for 22 years, while gang members Gary Kays, Mevin Coy and James Yates all received seven years for assisting an offender (with the latter’s sentence increasing to 12 when it was deemed too lenient in the Court of Appeal).

Two others, Dean Kelly and Nathan Quinn, were jailed for four and two years respectively.

Tonight’s documentary will closely examine the investigation and feature interviews with police and specialists directly involved.

– Rhys Jones: The Clues That Caught The Killer is on at 10pm on Channel 5