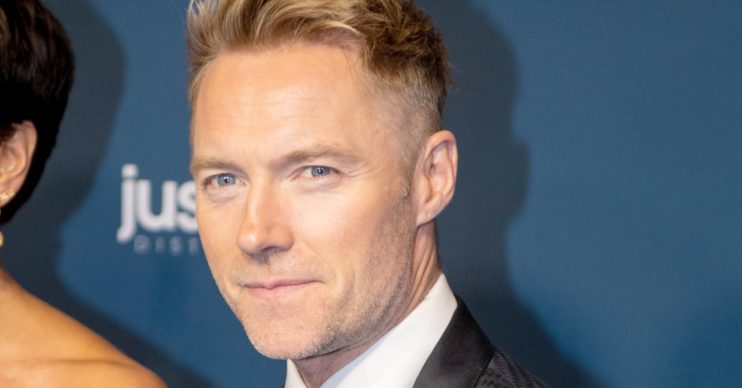 Ronan Keating has a model daughter – how many children does he have?

The singer presents on The One Show opposite Alex Jones

Ronan Keating co-presents The One Show with Alex Jones on Friday (March 24 2021) – but who is in his famous family?

Who is his model daughter? And what is his wife famous for?

Here’s everything you need to know about former Boyzone band member Ronan.

Who is Ronan married to? Did he cheat on first wife?

Singer Ronan has been married to Storm Keating since 2015.

The pair started dating in August 2011 after meeting on the Australian The X Factor.

Thirty-nine-year-old Storm is an Australian fashion designer, producer-director and blogger.

Storm, real name Sharyn, was previously married to Tim Ivers between 2009 and 2012.

Meanwhile, before Storm, Ronan was married to former model and chef Yvonne Connolly from 1998 to 2015.

However, their marriage fell apart when she discovered he was having an affair with Boyzone backup dancer Francine Cornell.

Yvonne is now in a long-term relationship with cinematographer John Conroy.

Does Ronan have kids? How many children does he have?

He also has three children from his first marriage to Yvonne.

Ronan’s eldest daughter Missy, now 20, is an actress and model.

Missy, whose mum is Ronan’s ex-wife Yvonne Connolly, has appeared in several films.

She portrayed Niamh in 2013’s Dark Touch, Chloe Grace in The Sea, and Emily in The Library.

As a model, she is represented by Leni’s Agency and 1st Option Management.

Ronan Keating family: How old is he?

He is currently 44 years old.

What is Ronan famous for?

First of all, Ronan came to fame in 1994 as one fifth of boyband Boyzone.

His solo career started in 1999 and he has recorded 11 albums.

Ronan’s single ‘When You Say Nothing at All’ was featured in the film Notting Hill and peaked at number one in several countries.

In Australia, he is best known as a judge on All Together Now and The X Factor from 2010 until 2014.

He coached on The Voice Australia in 2016.

As well as co-hosting The One Show alongside Alex Jones, Ronan currently hosts a breakfast show on Magic Radio.

Where is Ronan Keating from?

The youngest of five children, he grew up in Bayside and County Meath attending St. Fintan’s High School.

His father, Gerry Keating, was a lorry driver, and his mother Marie was a mobile hairdresser.

As a result, Ronan to set up the charity the Marie Keating Foundation.

Are Boyzone still together?

Boyzone briefly reunited in 2013 to celebrate their 20th anniversary as a group.

It featured 10 new songs and 20 re-recorded songs, with two singles.

Why did they split up?

Boyzone announced their split after releasing a final album and staging a farewell tour.

They said in a shared statement in 2018: “We all feel that we should now call time on our lives together as Boyzone and go out on a real high.”

Formed in 1993, the group had UK number ones with such hits as Words, No Matter What and All That I Need.

Yet they also experienced heartbreak when much-loved band member Stephen Gately died in 2009.

Stephen died at his home in Port d’Andratx, Mallorca.

His death was subsequently determined to have been caused by a pulmonary oedema resulting from an undiagnosed heart condition.