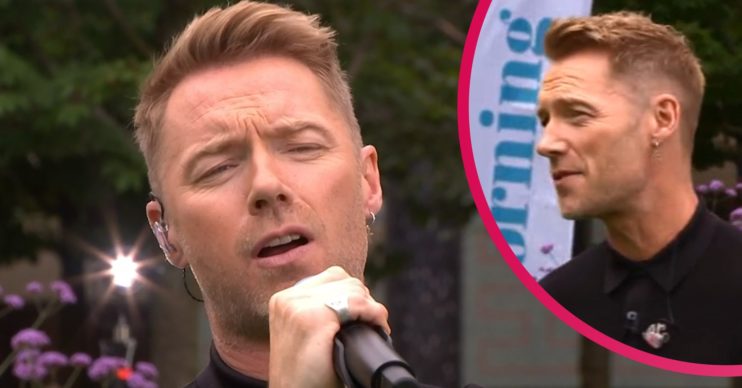 He performed classic hit Life Is A Rollercoaster

The pop sensation was on the show to promote his new album Twenty Twenty, which celebrates his 2o years as a solo artist.

It features some new tracks as well as reworked classics, such as his huge hit Life Is A Rollercoaster, which went to No.1 20 years ago today.

Has Ronan got an earring on?

As Ronan chatted to Friday hosts Rochelle Humes and Ore Oduba about his album before launching into a performance of Life Is A Rollercoaster, some watching at home were more interested in his appearance.

Most notably, his earring, which was dangling from his left lobe.

Has Ronan got an earring on? 👀 #ThisMorning 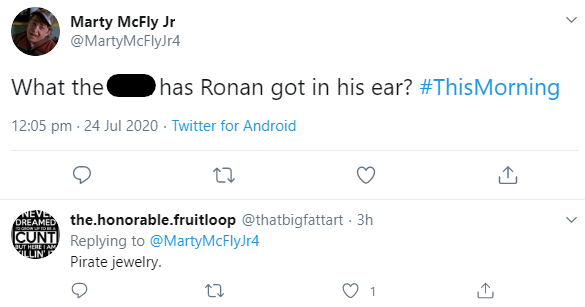 Despite Ronan’s claims it was an up-to-date version of Life Is A Rollercoaster, many fans complained it sounded exactly the same.

Oh Ronan, mate, that sort of sounds like a karaoke version of Life Is Like A Rollercoaster 😬 #ThisMorning

They said first performanceof his NEW stuff. This aint new?! Poor Ronan this is beyond cringe with the arm swinging backup dancers to boot 🙈#thismorning

Alison and Josie are the highlights!

Fans did love the fact the show put images of Alison Hammond and Josie Gibson on rollercoasters over the top of the performance.

LIVING for the non stops shots of @Josiestweet & @AlisonHammond riding rollercoasters during Ronan Keating’s performance of Life Is A Rollercoaster on #ThisMorning 😂 pic.twitter.com/Q6aY2binVo

Hello world 👶 Spreading some good cheer at this time with the announcement of the safe delivery of our little girl Coco Knox Keating. Calmly arrived on 27/3/20. Mama & Baba are rocking #HappyTimes #KeatingClan #BabyKeating

At the start of lockdown, Ronan’s wife, Storm, gave birth to their daughter Coco.

As Ore quizzed him on how he looks so good, Ronan said: “I’m a happy man, I think that says a lot for you as a person.”

Speaking of Coco’s arrival, Ronan said: “Coco came into our life at the end of March, four days after lockdown kicked in and she’s just been a bright shining light through all this. You’ve got to look at the positives.

“This morning was the first morning I wasn’t there to actually see Coco wake up. How lucky have I been to be there the last three and a half months?”

As well as the new album, Ronan is going on tour again in January and admitted he’s looking forward to being back on stage.

“This is why I got into Boyzone 27 years ago was to be a singer and perform, so I’m looking forward to getting back performing again.”

This Morning airs weekdays at 10am on ITV.