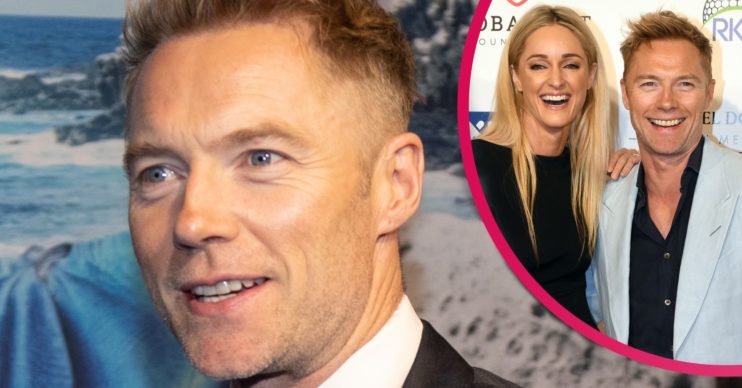 Ronan says it 'is time'!

Ronan Keating says he is ready “for the snip” after fathering five children.

The former Boyzone singer, 43, says he is ready to have a vasectomy.

He welcomed his fifth child, daughter Coco, earlier this year.

Speaking on Good Morning Britain, he said that both he and his second wife, Storm, agree it “is time” for the procedure.

Ronan said on GMB: “It’s a funny conversation because I was going about my day, and Storm said: ‘I think it’s probably about time you got the snip now,’ and I was like: ‘What?!'”

Why does Ronan want a vasectomy?

Storm said: ‘I think it’s probably about time you got the snip now,’ and I was like: ‘What?!’

The Life Is A Rollercoaster singer says it was surprisingly rewarding welcoming Coco Knox into the world during lockdown restrictions.

Read more: Giovanna Fletcher hits back at claims she ‘broke the rules’ on I’m A Celebrity

Speaking to IE, he said: “Given we gave birth to our beautiful baby girl at the start of lockdown, it’s actually been a really special time for us. To be able to be present every single morning when she wakes up and then do her bath time every night, is just magical.”

Meanwhile Storm also told OK! magazine in an earlier interview that she is keen for Ronan to have a vasectomy.

She said: “That’s five kids in total now, so that’s enough, we’re going to have to get Ro to have the snip.”

How old are Ronan Keating’s children?

Ronan and Storm married in 2015. Storm is an Australian fashion designer and they met back in 2011 when they were both working on the Aussie version of The X Factor.

Ronan also has three other children with his first wife, former model and chef, Yvonne Connolly.

Yvonne and Ronan were married from 1998-2015. However, their marriage fell apart when she discovered he was having an affair with Boyzone backup dancer Francine Cornell.

The mum-of-three is now in a long-term relationship with cinematographer John Conroy.

They met on the set of the movie Dark Touch, which Yvonne and Ronan’s daughter Missy had a role in.

She has said it was “love at first sight” when they met.