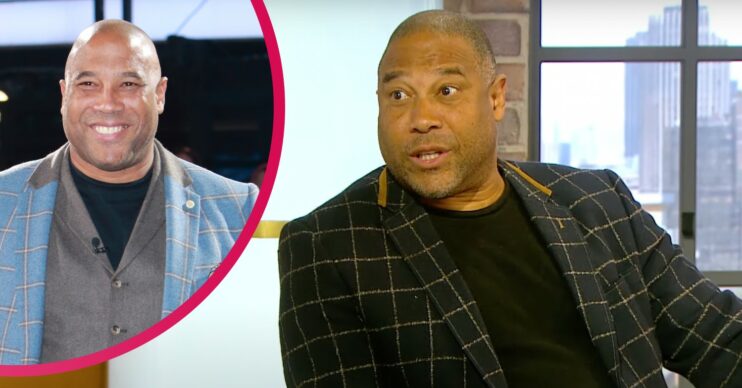 Kate Garraway’s Life Stories: Who is John Barnes married to and what’s his net worth?

The ex-footballer is a familiar face to many

Ex-footballer John Barnes has enjoyed a successful career on and off the pitch but what’s his net worth?

Many will know John from his football days back in the 1980s and 1990s. However, some viewers will be too young to remember ‘Digger’ at the top of his game.

As John becomes Kate Garraway’s first guest on Life Stories, we explore everything about the great sportsman and former England winger!

Why was John Barnes called ‘Digger’? And how old is he?

Barnes spent much of his early life living on a military base in Jamaica with his parents, Ken and Frances.

When John was 12 his family moved to London. In school, John played youth football and was soon noticed by Watford FC, who signed him up in 1981.

Read more: Bridgerton cast: Who is Kate Sharma? Why is the character’s surname different from the book?

Over the following 20 years, John became a recognisable face in football, playing for some of the biggest clubs in England, and for the national team too.

During his football career, John picked up the nickname ‘Digger’. But where did it come from?

John explained the reasoning behind his odd nickname in a piece for the Express back in 2020.

“Digger, after Digger Barnes from Dallas,” he said. “Any footballer called Barnes […] in the early 80s was named after that character.”

How did John Barnes play for England?

Despite having been born in Jamaica, John played for England on the international stage.

John said that he had no intention of representing Jamaica at international level. At the time FIFA eligibility criteria meant British passport holders could play for one of the British associations, even if they had no blood tie to Britain.

Barnes later confessed that he’d played for England for 18 months without even having a British passport.

John played for England 79 times, scoring 11 goals over a period of 12 years.

When did he play for Liverpool?

John went on to spend 10 years at Liverpool, cementing himself as a club legend. He played 403 times for the Reds, scoring 106 times in that time.

Amongst the honours he picked up during his time on Merseyside are two league titles, two FA Cups, and a League Cup.

John left the club in 1997, signing for Newcastle United on a free transfer.

When did he retire?

However, that wasn’t the end of his football journey. Not soon after hanging up his boots, John took over as manager of Celtic, in the Scottish league.

He’s also managed Jamaica’s international side, and Tranmere Rovers too.

Who is John Barnes’ wife?

John has been married twice. His first wife was Suzy. They tied the knot in 1991 and had four children together – Jamie, Jordan, Jemma, and Jasmine. They divorced in 2001.

In 2006, John married his second wife, Andrea. John and Andrea have since gone on to have three children together.

They have two daughters – Isabella and Tia, and a son, Alexander.

What is John Barnes’ net worth?

After a successful career playing football for club and country, as well as an extensive media post-football, John is believed to have a net worth of between $7 million – $10 million (approx. £7.3m).

When was John Barnes on I’m A Celeb?

John hasn’t appeared on I’m A Celebrity, however, he has been very vocal about wanting to compete on it.

Last year John said he would go on the show if asked. “It’s definitely something I’d like to be a part of one day,” he said.

“In terms of eating, I’d be fine. I’ll eat anything that they put in front of me. Kangaroo testicles? Absolutely fine.”

John has appeared on reality television before. He was a contestant on Celebrity Big Brother back in 2018.

He was the fourth celebrity to be evicted.

John and Jamie Redknapp are very good friends and spent six years playing together at Liverpool.

Jamie also revealed in 2019 that John is one of the first people he messages on Christmas Day.

“The first person I text or call on Christmas Day, erm, I am normally with the people I want to be with anyway, so I am with my kids and I go to my mum and dad’s, so maybe John Barnes,” he said.

What is John Barnes’ accent?

Due to having grown up in Jamaica, John has a slight Jamaican accent.

However, after spending the vast majority of his life in England (particularly in Liverpool), his accent has become something of a hybrid.

Something else John is known for is his rap in New Order’s song, World In Motion.

New Order teamed up with the England team to record the track, and John lent his rapping skills to the tune.

Towards the end of the song, John has a solo rap, which has become something of an iconic piece of football culture.

It’s now considered by many to be the most memorable part of the whole song. Even England fans who weren’t born in 1990 know the words to it!

You can catch John on Kate Garraway’s Life Stories tonight at 9pm on ITV and ITV Hub.

What do you think of John Barnes’ net worth? Leave us a comment on our Facebook page @EntertainmentDailyFix and let us know what you think of this story.