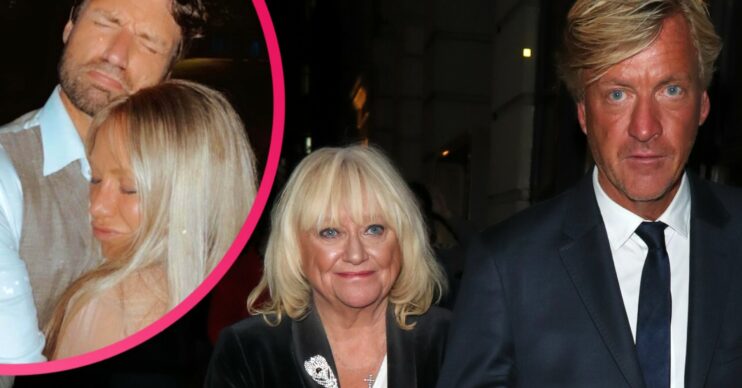 Richard Madeley and Judy Finnigan: As their son Jack gets married, who are their other kids?

Richard Madeley revealed that his son Jack got married back in July – and he and wife Judy Finnigan clearly couldn’t be happier.

The presenting duo, known for their time on the This Morning sofa, have two children together – Jack and Chloe.

And it seems Chloe was just as happy for Jack as their parents, if pictures posted on Instagram are anything to go by.

But what do we know about Richard and Judy’s children? And do they have more than two?

Richard Madeley: What does his son do and who is he married to?

Jack, 35, is a talent manager. His role makes him responsible for overseeing television personalities.

His dad, Richard, revealed on Good Morning Britain that Jack had recently walked down the aisle with his partner Issy.

Jack tied the knot during a weekend in June, and 150 people were able to attend as it was held outside.

I’m A Celebrity star Richard told viewers of the ITV breakfast show that stress leading up to the big day left the groom, bride and everyone else involved with a “touch of post-traumatic dress disorder“.

Who is Richard and Judy’s daughter, Chloe?

She has enjoyed several appearances on TV over the years, including Dancing on Ice and The Jump.

However, Chloe is also a qualified nutritionist and is known for sharing pictures of her fitness journey online.

The TV star once helped her mum, Judy, lose a whopping five stone.

Chloe is married to English rugby player James Haskell. The pair first met in 2014 and they have been together ever since.

However, the pair aren’t currently planning on starting a family.

She told OK! that it’s not their priority at the moment.

“There is absolutely no pressure, but we’re also not doing everything we can to stay safe.”

Judy’s kids from her previous marriage

Opening up about becoming a stepfather, Richard said previously: “If I wanted Judy, it would be a package deal – and I had to be absolutely certain I could handle that.

“Was I really up to the job of a stepfather? We both had our doubts.”

So will Richard act as a father figure to the younger stars in camp?

He didn’t exactly get off to a strong start last night (November 21) when he was beaten by Frankie Bridge in the head-to-head.

As a result, she won the keys to the castle and he landed his team in the Clink.