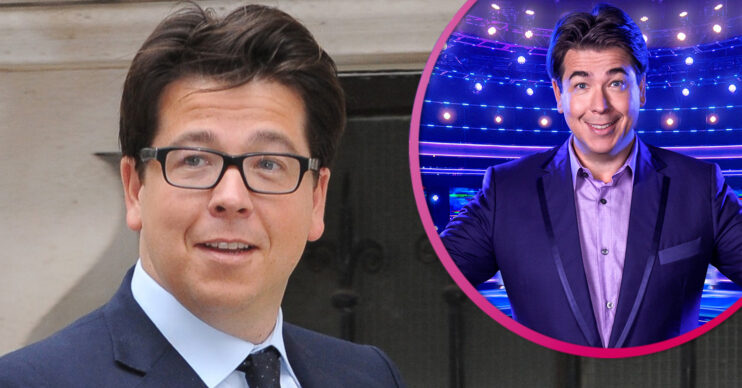 Where is The Wheel star Michael McIntyre from and what is his net worth?

The comedian fronts The Wheel on BBC One

How old is he? And is he married?

Here’s everything you need to know about the comedian.

Who is Michael McIntyre?

Michael is a comedian, writer and television presenter.

In 2012, he was the highest-grossing stand-up comedian in the world.

Where is Michael McIntyre from?

Michael was born in Merton, London, one of four siblings.

Despite some bizarre fan theories, Michael is not Chinese.

However, his mum Kati is of Hungarian and Jewish ancestry.

How old is Michael McIntyre?

He is currently 45 years of age.

Michael is a married man and his wife is aromatherapist Kitty Ward.

Kitty is the daughter of actor Simon Ward and sister of actress Sophie Ward.

Michael and Kitty married in 2003, after years of dating.

Michael and Kitty have two children together – Lucas and Oscar.

The family live in posh Hampstead in London.

In June 2018, Michael was robbed by men on mopeds while he was parked outside his children’s school.

They stole his watch.

How did he become famous?

Michael dropped out of Edinburgh Uni to follow in his father’s footsteps and played his first gig in 2001.

He performed in dingy comedy clubs, sometimes to a crowd of just 25.

Unfortunately, he struggled to get recognition for years on the comedy circuit.

His first gig with his new agent was a slot on the 2006 Royal Variety Performance – Michael’s first time on TV.

In contrast to his past gigs, this one was an instant success. And the rest is history!

Since then, Michael has hosted Live at the Apollo, been a judge on Britain’s Got Talent, had his own chat show, and now hosts The Wheel.

Not to mention his sell-out stadium gigs.

What is Michael McIntyre’s net worth?

According to Celebrity Net Worth, Michael is reportedly worth a whopping $80million (£58million).

In addition, reports claim in an average year, Michael can apparently earn as much as £21million.

What is Michael McIntyre’s The Wheel?

The game show is packed with huge famous faces and a colossal spinning wheel.

Contestants have to answer their way to a fortune, with the help of celebrity experts.

However, whether the celebrities can help them win huge amounts of cash depends on the spin of The Wheel.

Michael McIntyre’s The Wheel airs on BBC One, tonight, at 8:30pm.