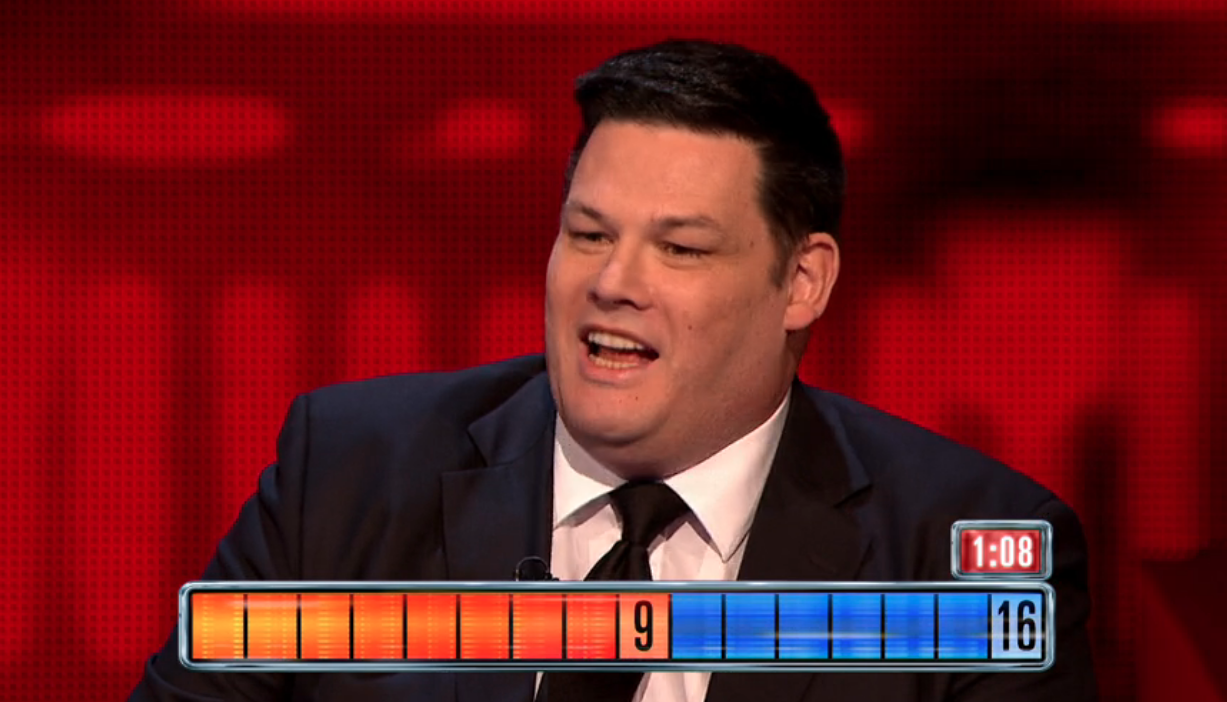 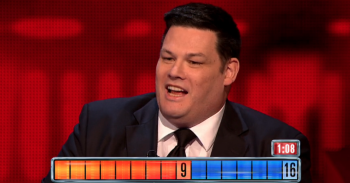 Viewers criticise ‘easy’ questions on The Chase for The Beast

Did Mark Labbett really have an easier run in the final Chase?

Fans of The Chase were up in arms after players recently missed out on a £70,000 prize – with many viewers blaming ‘easy questions’ asked of the contestants’ Chaser opponent as the reason for their being gazumped.

According to many commenters on social media, ‘The Beast’ Mark Labbett held the advantage over the ITV quiz show hopefuls, even though he was stopped himself in the final round after fumbling over a telly question.

Contestant Keith had also helped set up a tense finale for himself and his two remaining teammates by gambling on choosing £66,000 in his own successful round against The Beast.

Nonetheless, several viewers were convinced Mark had an easier run in – with some complaining he flew through his last few posers far too swiftly as he romped past the finishing mark of 16 right answers.

“Tough questions for the Chaser tonight on #TheChase,” said one, sarcastically.

“Which tennis player brought out a clothing range called Serena? And, who brought out an album titled Whitney? I’m no expert but even I got those right!”

Another remarked: “#TheChase I see @ITVChase don’t want to lose £70k by giving the chaser such easy questions comparative to the contestants.”

And a third noted: “They need to stop giving Chasers easy questions.”

Even The Beast admitted he had not been particularly tested by what had been asked of him.

“Well you guys made it way more interesting than I wanted there. Well played on you,” he said.

Referring to the huge prize fund, Mark continued: “You start to sweat when you see four zeroes in front of you. I’m glad I wasn’t put under any more pressure than that.”

However, it fell to Britain’s Got Talent winner Paul Potts to point out the contestants held sway over their own fate.

“I like how people complaining about @MarkLabbett getting the easy set of questions on #TheChase forget that the team get offered the first choice between the two sets of questions,” the singer noted.

Another viewer reasoned: “There is no earthly reason why ITV would risk rigging a gameshow, no reason why they would want to rig a gameshow – in fact big wins increase ratings.

“The questions are similar in difficulty, but the Chaser makes it look easy. Look – facts.”

The criticisms echoed other recent suggestions of foul play from fans, with another team said to have had the odds stacked against them in a contest with Paul Sinha.

Not only was ‘The Sinnerman’ said to have been asked easier questions in the opinion of many of those watching at home, but host Bradley Walsh was also slammed for allegedly reading the Chaser’s questions faster than he did for the contestants.

After answering 13 correct answers “on the bounce”, Paul was eventually able to claim the prize money from under the noses of the disappointed team – who lost out on £10,250 each.

Do you think The Chase is fixed?

This is certainly not the first time wild accusations have been levelled at the show. And going by past reactions, viewers certainly seem to enjoy a conspiracy theory…