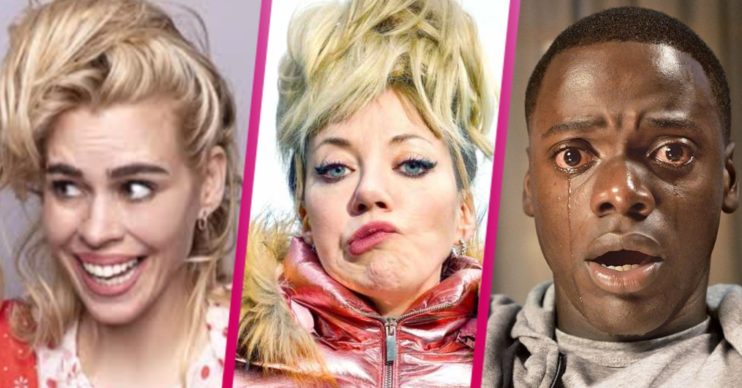 Tonight’s Best TV: I Hate Suzie, Mandy, Get Out and more

What to watch tonight

Undecided on what to watch this evening? We’ve rounded up all of tonight’s best TV bits.

Billie Piper’s new drama, I Hate Suzie, is available to watch from today for Sky and Now TV viewers.

Airing at 9pm on Sky Atlantic, the drama follows former child star Suzie (Billie Piper). She’s now a successful actress with a life that appears, from the outside, to be almost perfect.

However, the life she has built for herself crumbles when private images of her are leaked online.

Former Doctor Who star Billie was on The One Show this week to chat about it. Appearing alongside writer Lucy Prebble, they discussed similarities between Billie and the character.

Film 4 is showing Get Out tonight. The 2017 film stars British actor Daniel Kaluuya as Chris, a black photographer invited to meet his white girlfriend Rose’s family.

A psychological thriller, Get Out becomes increasingly disturbing as Chris learns more about a dark secret the family’s hiding.

The flick was nominated for four Oscars at the 90th Academy Awards. Its director, Jordan Peele, ended up bagging Best Original Screenplay.

At 8pm on BBC One, John Torode and Gregg Wallace continue to recall some of the best and worst reviews the Celebrity MasterChef contestants’ creations have received over the years.

It’s part four, of six, of the show’s A Recipe for Success spin-off, which follows series 15 of Celebrity MasterChef.

Leave us a comment on our Facebook page @EntertainmentDailyFix and let us know what you’ll be watching.