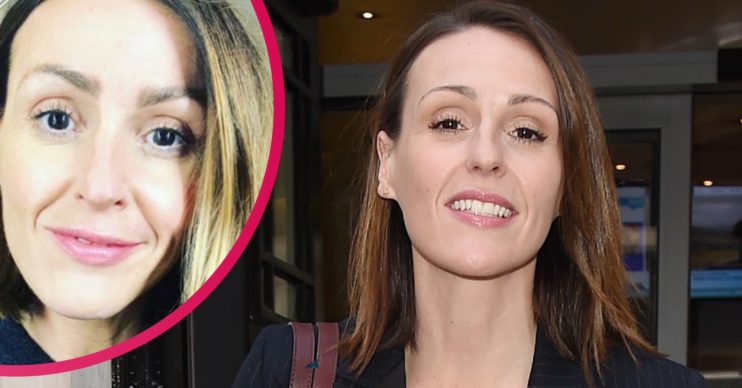 Suranne Jones showed off her new hair on social media as she prepared for her role in BBC drama Vigil.

The Doctor Foster actress, 41, posted pictures of her transformation in a selfie shared on Instagram this week (Tuesday, August 18).

Why did Suranne Jones change her hair?

The star smiled at the camera in the photo, straight hair coloured and snipped to shoulder length.

In the caption she revealed it was for her upcoming BBC drama.

Read more: Suranne Jones says she would rather give up acting than return to Coronation Street

She wrote: “Back safely on board Vigil @bbcone #worldproductions #sublife #scotland.”

Suranne posted the same picture on her Instagram Stories, where she told her followers, “New character, new hair” and tagged the salon behind the look.

What is Vigil about?

Set in Scotland, Vigil centres on the events following the disappearance of a fishing vessel and a death on one of the UK’s Trident nuclear submarines.

A plot synopsis released by the BBC reads: “DCI Amy Silva (Suranne Jones) leads an investigation on land and at sea into a conspiracy that threatens the very heart of Britain’s nuclear deterrent.”

Suranne, who impressed viewers last year as Anne Lister in BBC One period drama Gentleman Jack, has previously spoken of her excitement at taking on the role of DCI Silva.

She said: “[Screenwriter] Tom Edge has created a thrill of a story, set in a world I knew nothing about. The cast and crew World Productions have put together to tell this story is so exciting.

“Amy Silva is a brilliantly complex character, thrown into a highly charged situation where her authority is weakened.

“We watch as she navigates her own personal trauma and loss, all at a time when she’s questioning her relationships and life choices.”

Read more: Suranne Jones hints there will be no series three of Doctor Foster

She said: “I was weaned on BBC drama and it is thrilling to be back working at a place that feels like home with Tom Edge’s complex and gripping script.

“It will be a real honour to work with Suranne and I am looking forward to be filming back in Scotland.”