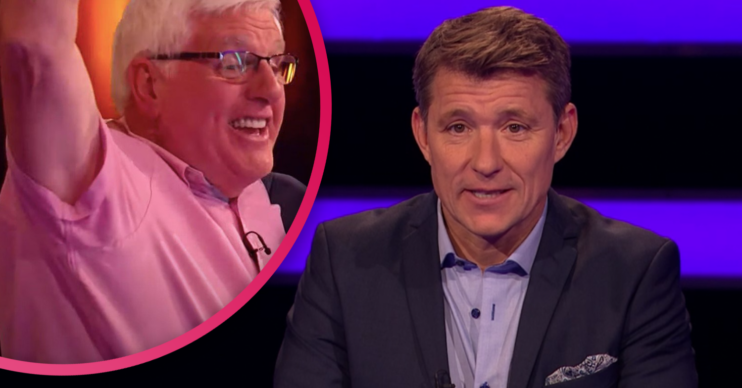 Tipping Point on ITV: Emotional wins, record-breaking drops and the fastest 10k ever

Tipping Point has seen many lucky contestants pretty much empty the ITV gameshow’s slot machine over the years.

Some have even managed to break records and bag the biggest sum of money ever seen on the show!

Here are the contestants with the biggest-ever wins, all of whom left the show with their pockets full.

Tension built for contestant Dan as he faced the Tipping Point machine in the final round.

Before the final, he hadn’t accumulated much money, but his luck changed when 18 counters dropped across the tipping point.

This meant that Dan bagged a whopping £2,000 to add to his total.

And, when he decided that he wasn’t going to risk it all for a chance at the jackpot, Dan walked home with £4,000 in his pocket.

Host Ben Shepard even announced that it was “a Tipping Point record” as Dan won the highest amount in the show’s history without winning the jackpot.

Ben Shepard was left shell shocked when he witnessed the biggest drop ever on the show.

Contestant Ruth managed to successfully drop 19 counters, which raised her from £700 to a hefty £3,150 in just one turn.

Viewers were speechless and branded the win as the “biggest drop” ever witnessed.

On his final round, Robert used his last few counters to try and tip the star coin to bag £10,000.

To our surprise, he actually did and in record time too!

He then explained to viewers that Robert had only used seven counters to get the star coin over the tipping point.

Clive shocked the nation when he became the first contestant on the show to bag the maximum prize of £20,000 in the final round.

This happens when the star counter and the double counter go over at the same time.

Fans went into a frenzy on Twitter as the lucky contestant broke the record.

One fan tweeted: “Oh my goodness, anyone else bawling at Clive on #tippingpoint winning £20k?”