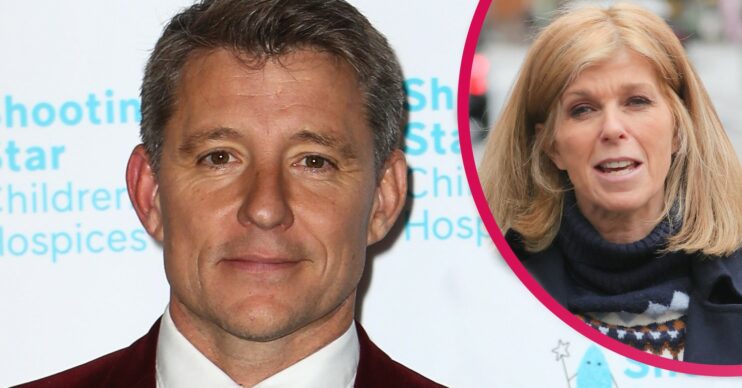 Tipping Point host Ben Shephard once kept a secret from his friend Kate Garraway for 20 years.

The star, 47, was left “embarrassed” when he accidentally saw his Good Morning Britain co-star Kate topless!

In 2019, Ben explained that he would often meet up with Kate for a cuppa but this one time years before, a mortifying incident happened.

“We were working together and lived round the corner from one another, we literally were neighbours.

“I’d invited myself over for a cup of tea, I was cycling everywhere at the time and her kitchen was in her basement.”

Ben continued at the time: “I was chaining my bike up and it was lunchtime, so Kate had obviously gone home and had a sleep and then suddenly someone walked into the kitchen and I looked up and it was Kate and she was topless.

“I stopped and I was just transfixed.”

Kate, who was also on the show at the time, replied: “Paralysed like a cobra.”

Ben admitted: “I didn’t want to move because she would notice me and that would be really embarrassing.

What else did Ben say?

“So I undid my chain and I slowly walked away like I’d never seen a thing. I was in a hot sweat.”

Revealing the moment he told Kate, Ben said: “I had this morning that I came into work and I sat down with her and said, ‘Kate, there is something I need to tell you.'”

Kate added: “You said, ‘I’ve seen you naked,’ and I said, ‘When? Was it before or after kids?’ and he said before kids and I thought thank god because [my body] is going to be a lot better back then.”

Ben and Kate have remained close friends over the years.

Ben was by Kate’s side as her husband Derek Draper battled Covid-19 in hospital and now as he faces the after effects.

“He has been at the end of the phone and trying to do everything that he can to help. He has been amazing.”