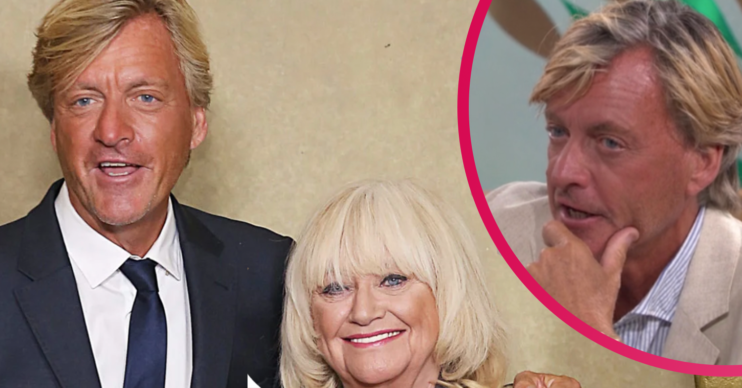 He appeared on the show alongside wife Judy looking rather tanned

This Morning viewers were left seriously distracted by Richard Madeley and his glowing tan as he made an appearance with wife Judy Finnigan on the ITV show today (Monday, July 13).

The TV duo joined presenters Eamonn Holmes and Ruth Langsford to launch their search for a bestseller author.

However, viewers couldn’t help but comment on Richard’s complexion as they returned to the famous sofa.

Taking to Twitter, a fan wrote: “#thismorning richard looks too tanned lol… not a good look and his hair.”

A second said: “How high did Richard put the sunbed on??!!! #ThisMorning.”

A third commented: “#ThisMorning Richard being on holiday or his gone bit ott with fake tan lol.”

Another joked: “Richard holidayed in the centre of the sun #ThisMorning.”

It certainly isn’t the first time Richard has shocked viewers with his glowing complexion.

Last year, the 64-year-old host was forced to apologise after debuting a ‘Trump tan’ on Good Morning Britain.

Following a string of comments from fans, Richard admitted: “It’s looking a bit orange today. It can only be make-up I think?

“There is a tan underneath it. Sorry everybody if it’s a bit pumpkin-like! I’ll take it down. I’ll wash it off.”

When his wife Ruth asked what his favourite beauty tip is, Eamonn replied: “Drink plenty of water and don’t use false tan to excess. That’s what I’d say,” as the studio erupted into laughter.

Richard and Judy returned to our television screens in May.

The famous married couple launched their new show Keep Reading and Carry On from their front room on Channel 4.

The pair revealed they were “zoom virgins” as the camera panned out to reveal two socially distanced crew members in masks and gloves helping to film the show.

Judy explained that they had chosen books to help take readers away from “anxiety and upset” during the tough coronavirus pandemic.

Viewers were thrilled with the couple’s TV return for the five part series discussing the best books to read in lockdown.

In fact, most were delighted to see them back in another old slot of theirs.

Richard and Judy only recently reunited as presenters in October 2019, hosting their old ITV show This Morning together.