Many viewers could relate to Phil!

This Morning host Phillip Schofield revealed the moment he was left in tears over the ending to After Life series 3.

The presenter made the admission during a chat with the owners of Anti, the dog who stars in the Netflix hit.

Phil said he and his family have been watching the third series and have a group chat to discuss it.

Phil said: “We’re watching it as a family and we’ve got our group.

“It was my eldest daughter who said: ‘Oh my God we’ve just finished series three and we’re in bits’ – her and her boyfriend.

“They were, I think, one show ahead of me. I got to the end of it and I posted this picture on our group.”

A photo then popped up on screen showing Phil crying.

He added: “That’s me. At the end of After Life.

“It was Brandy, Anti that did a lot of that to me. It is a stunning series to be in. It’s absolutely beautiful.”

Many viewers echoed Phil’s thoughts on After Life.

One said: “Can’t even watch #thismorning now without crying! A clip from #afterlife comes on of Tony & Anti at Lisa’s grave and I’m blubbering into my cornflakes.”

Another wrote: “Love After Life but far too early in the day to be blubbering into my cornflakes.”

One tweeted: “Loved After Life the last episode of season 3 made me blubber.”

On yesterday’s show, Phil was getting a slightly different reaction on Twitter after he took a swipe at Boris Johnson.

The star was sharing his thoughts on the ‘partygate’ saga surrounding the Prime Minister at the moment.

But during an innocent discussion about the Dorset Knob Throwing event, Phil made his dig.

Discussing the festival being cancelled, guest Camilla Tominey said: “I’m wondering whether I should just wait before commenting on this before Sue Gray reports?”

Sue Gray has been investigating the alleged parties at Downing Street.

Phil then said: “She’s commented on quite a few knobs as a matter of fact.”

After Life Phillip Schofield This Morning 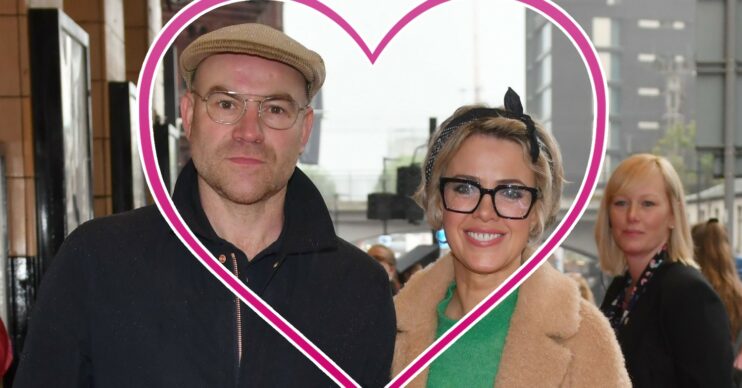