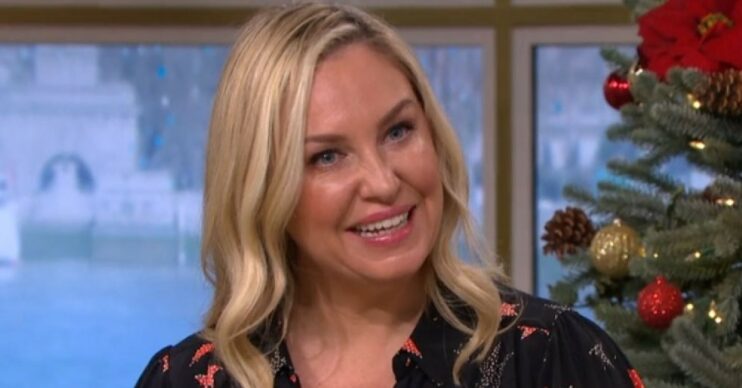 This Morning: Josie Gibson fans gutted as she’s replaced for rest of the week

Josie is only hosting one day this week

This Morning viewers have declared that they want Josie Gibson to return for the rest of the week.

Josie hosted the daytime show alongside Vernon Kay on Monday (December 13) as regular hosts Holly Willoughby and Phillip Schofield are on their Christmas break.

But Josie won’t be returning tomorrow as Rochelle Humes is co-hosting with Vernon.

Josie Gibson on This Morning

It seems viewers loved Josie and Vernon’s partnership and gushed over them on Twitter.

And many fans want Josie back every day this week.

One person said: “Replacing Josie with Rochelle? WTF? WHY???”

One added: “What Josie isn’t on with Vernon tomorrow! But it’s been such a laugh this morning!!! Get Josie back!”

Others loved the partnership between Josie and Vernon.

One gushed: “Woohoo Josie and Vernon a breath of fresh air.”

Another said: “Loved both Josie and Vernon this morning. Way better than some other presenters.”

Earlier today, Josie and Vernon were left in hysterics as they interviewed I’m A Celebrity runner-up Simon Gregson.

Coronation Street actor Simon shocked the hosts and viewers when he described eating a cow’s vagina on I’m A Celeb.

During his final trial last night, Simon had to eat the cow’s vagina to win main courses for his campmates.

Simon said on This Morning: “One thing I never thought I’d be looking forward to was eating a hairy vagina.”

Josie admitted she couldn’t believe it wasn’t “cut up” as she added: “It did look like a cow’s vagina.”

Simon replied: “It actually came the way it came… which is one thing I thought I’d never say on live TV.”

Josie and Vernon were left in fits of giggles.