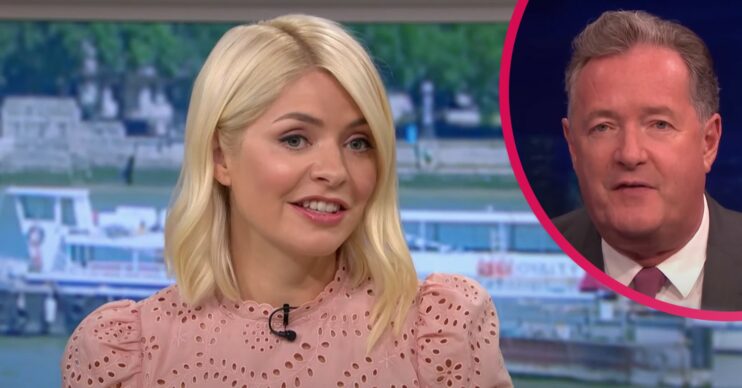 This Morning presenter Holly Willoughby recalled an embarrassing moment her son Harry had with Piers Morgan.

She revealed that Harry did something ‘we’ve all wanted to do’ by farting in Piers‘s dressing room.

Piers also remembers the awkward moment in his dressing room and admits that Harry blamed it on his mum.

This Morning host Holly recalled the moment on Monday’s show.

She revealed that Piers was behind the scenes preparing for some filming in the next room.

Read more: This Morning under fire over Alison Hammond’s trip to Dubai

However, as she went to say hello to the former GMB presenter, her son raced into his dressing room, farted and ran back out again.

I thought, well, we’ve all wanted to do it haven’t we?

Speaking on This Morning, she said: “[Harry] won’t mind me saying this because it was brilliant, and it was brilliant timing. Years and years ago, when he was tiny, he was about two, I was in a dressing room next to Piers Morgan. He was doing a different show at ITV Studios.

“Harry was with me for the day, and I went and knocked on the door to say hello. Harry ran in, farted and ran out.”

Rather than feeling embarrassed or apologetic for her son’s prank, she suggested that there was a moment of pride.

She said: “I thought, well, we’ve all wanted to do it haven’t we? He just got there first.”

He blamed his mother… https://t.co/FVN98pNnMF