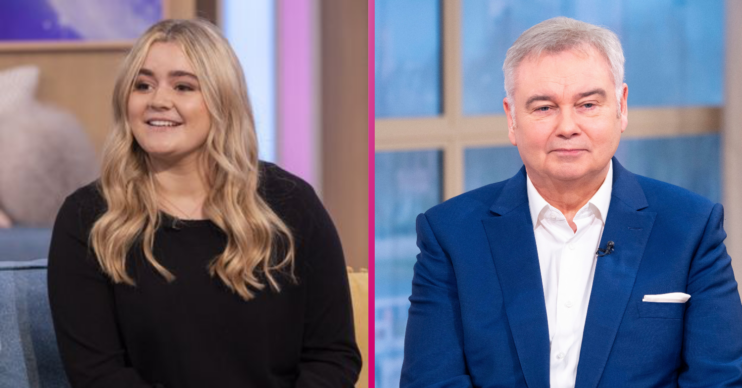 Eamonn appeared to slip up on the ITV programme

Eamonn Holmes made a blunder while interviewing Tilly Ramsay on This Morning earlier today (August 11).

The presenter announced the young chef as the ninth contestant on the latest series of Strictly Come Dancing.

However, Eamonn caught the attention of viewers after making a mistake over her age.

When announcing the teen, Eamonn claimed that Tilly, 19, will be the youngest celebrity ever to take part in the series yet.

But, as we know, Louisa Lytton, who plays EastEnders Ruby Allen, was just 17 when she competed in the 2006 series.

It didn’t take long for viewers to point out his mistake.

Meanwhile, during her chat, Tilly revealed she couldn’t be more excited to “join the Strictly family”.

She added: “I’m going to put my heart and soul into this and can’t wait to get my dancing shoes on and show my dad how it’s doing on the glitz, glamour and sequins.”

What else happened on This Morning?

Also on the show, the Irish presenter issued a warning for actress Emma Thompson after her husband Greg Wise was announced as the tenth Strictly contestant.

Eamonn previously experienced wife Ruth’s time on the BBC One dancing show in 2017.

Speaking to Greg, he said: “What I want to say to her is this, ‘Emma, you do not know what is ahead; you have to sit on a chair every Saturday night that is too small for your bottom. It’s wooden.”

“Then you go through the highs and the lows. He won’t be interested in you.

“He’s only interested in his partner. They become a unit, a bubble. It’s all about who their partner is.”

In addition, Greg smirked: “It will all be celery juice and sequins.”

“I suppose as actors, you guys may be used to that because you do go into a bubble; you go into a zone preparing for that part,” Eamonn said.

Do you enjoy Ruth and Eamonn presenting This Morning? Let us know what you think by heading to our Facebook Page @EntertainmentDailyFix and leaving a comment.