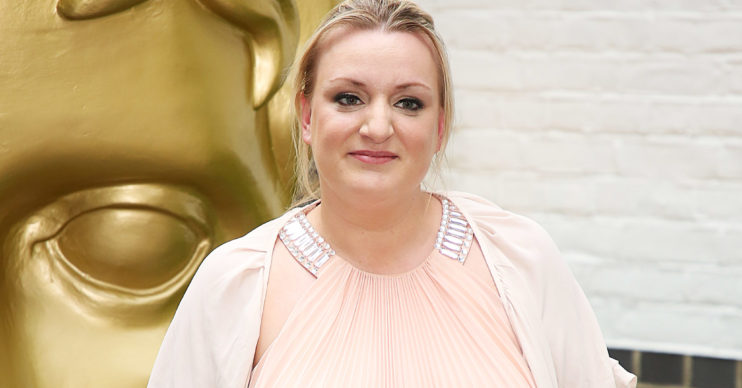 People have said some awful things about her appearance

Comedian Daisy May Cooper has been flooded with messages of support after hitting back at Celebrity Gogglebox trolls.

The This Country star – who is currently expecting her second child with partner Will – previously clapped back at haters who commented on her appearance on the show.

She stars alongside her dad Paul on the Channel 4 series, and the pregnant actress enjoys watching the programmes in her PJs (who doesn’t?!).

It read: “Watching Celebrity Gogglebox and Daisy May Cooper looks like a troll.”

She then cut to a video of herself dancing in the face of the criticism.

Alongside the clip, she wrote: “Haters gonna hate but I’m gonna carry on letting my hooters swing.”

The post was inundated with messages of support from her fellow celebs.

Katie Piper wrote: “Literally watching now and crying at how funny u are, perfect night- only thing that would of made it better would of been sea captain on sofa next to me.”

While a fan commented: “There needs to be more people like you in this world! Absolute Queen! X.”

A second agreed: “Yes get in there you crack me up. Your so real x.”

The straight-talking comedian made her Gogglebox debut last week, and was quickly described by viewers as “brilliant” and “hilarious”.

One said: “I love Daisy May Cooper so much! She’s hilarious.”

Read more: Rylan Clark-Neal shows off overgrown hair as he jokes he looks like Posh Spice

Another shared: “#CelebrityGogglebox Daisy May Cooper is the favourite I didn’t know I was missing!!!”

Others even dubbed the 34-year-old as “the next Kathy Burke” for her straight to the point attitude.

She also had a role in the 2019 film The Personal History of David Copperfield.

What a legend of our times.