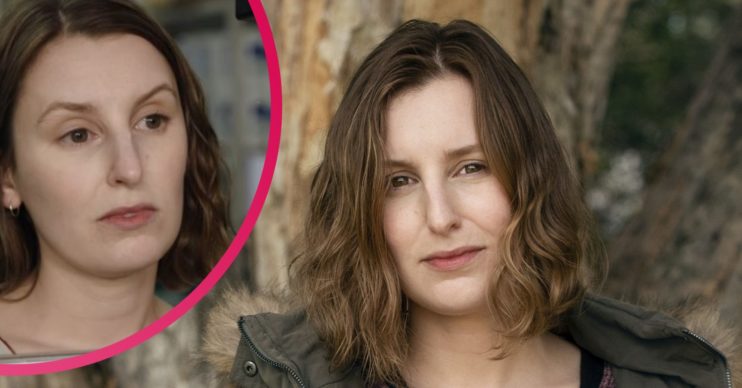 The Secrets She Keeps: Viewers all making the same joke over new Laura Carmichael drama

Viewers and Downton Abbey fans all flocked to social media to make the same jokes about new BBC drama The Secrets She Keeps after watching the first episode.

What did viewers say about The Secrets She Keeps?

And it seems a number of viewers struggled to put aside memories of Laura’s days as Lady Edith in the hit ITV period drama, which aired from 2010 to 2015.

As they watched the first episode of The Secrets She Keeps, viewers all flooded social media with references to Lady Edith, her well-to-do family and their beloved staff.

On Twitter, one viewer said alongside a shocked-face emoji: “Blimey Lady Edith… whatever would Carson say… #TheSecretsSheKeeps.”

What would the Dowager Countess say?

Similarly, another wrote in all caps, alongside a GIF of the Dowager Countess (Maggie Smith) looking stunned: “LADY EDITH #TheSecretsSheKeeps.”

A third demanded: “#TheSecretsSheKeeps What would the Dowager Countess say?”

A fifth put: “Edith out of Downton Abbey has proper fallen from grace. #TheSecretsSheKeeps.”

“Not sure I can take Lady Edith from Downton Abbey seriously,” wrote a sixth.

Warning! Spoilers ahead for episode one

In The Secrets She Keeps, Agatha is obsessed with heavily pregnant Meghan (Jessica De Gouw), a lifestyle blogger with a seemingly perfect life.

At the end of the first episode, it was revealed that Agatha wasn’t really pregnant.

She was shown stripping down in her dingy flat to reveal a fake bump.

Actress Laura Carmichael was on The One Show last night to chat about her role in The Secrets She Keeps.

“Yeah, it’s very different. I loved it,” she said. “I think all actors want to flex different muscles at different times, don’t you.

“This felt like a complete departure. I loved every minute of it.”

– The Secrets She Keeps continues tonight (Tuesday, July 7) on BBC One at 9pm. The whole series is available to watch on iPlayer now.