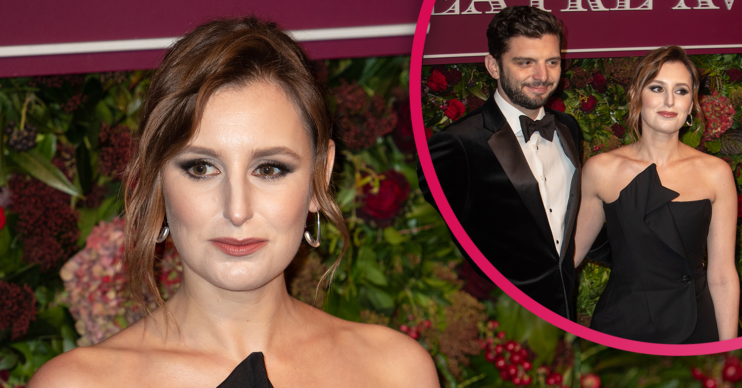 Is Laura Carmichael married? The Secrets She Keeps and Downton Abbey star

The actress first went public with Michael Fox in 2016

“In lots of ways Agatha is this dark character,” the actress teased to What’s on TV.

“But over the course of the series you learn more about trauma she’s had at various points in her childhood and what leads her to do what she does.”

Of course Laura couldn’t be more opposite to Agatha in real life.

Here’s everything you need to know about the Downton Abbey star..

Who is Laura Carmichael married to?

Laura Carmichael isn’t married – but she is in a committed relationship.

The actress has been dating her Downton Abbey co-star Michael Fox, who plays footman Andy Parker, for several years.

Opening up about their romance last year, he revealed that they met on set in 2014 but didn’t go public until the Julian Fellowes series ended two years later.

He told the Sunday Post: “We’d go to work and we didn’t want it to be a thing in any way when we were working together.

“It was great, though, to go to work with your best pal.

“Apart from that we like to keep it quite separate from Downton.”

During an interview with Town & Country, Laura gushed about working on set with Andy.

She said: “[Downton] changed all of my life.

“When you are able to work, and love it, it is such a joy. And I’ve fallen in love and made wonderful friends – how lucky am I?”

In real life, the actresses are incredibly close friends and have been since they met.

During an interview with Mail Online, Michelle explained that they had an instant connection.

“Laura and I are both from a family of three sisters,” she said. “She’s the middle and I’m the youngest, so there was kind of an instant sisterhood when we first met.’

“We’ve grown up together in a way. We bonded very, very quickly and also Laura and I have a lot of fun with the characters.”

Michelle added that arguments between their characters was fun to film behind-the -scenes.

“We were elated when we read a page and it’s a stand-off between Mary and Edith – it’s more fun for us to play,” she added. “We’ve always got a bit bored when they’re nice to each other.”

Since filming ended, the pair have remained in close contact.

Laura told ES magazine: “There’s definitely a feeling of growing up with that lot.

“We do a lot of WhatsApp and we had a girls’ dinner the other day. It’s lush.”

Laura is a distant relative of the late English actor Ian Carmichael.

Meanwhile, her father Andrew is a software developer.

What else has Laura Carmichael been in?

Laura’s most recent role is Agatha in The Secrets She Keeps.

The actress will star in all six episodes alongside Jessica De Gouw.

Following her success in Downton Abbey, Laura has also starred as Maddy Stevenson in Marcella and Maggie Pole in The Spanish Princess.

In tonight’s penultimate episode, the drama ramps up as the search for Ben continues.

Desperate to find her baby, Meghan goes on national TV and makes a plea to the public.

At home watching is Hayden – who notices Aggie’s agitated reaction.

His suspicions start growing and he soon catches on that something isn’t right.

The police then knock on the door – but will Hayden spill the beans?

Elsewhere, cracks grow between Meghan and Jack, and the mystery of who Ben’s real father is continues.