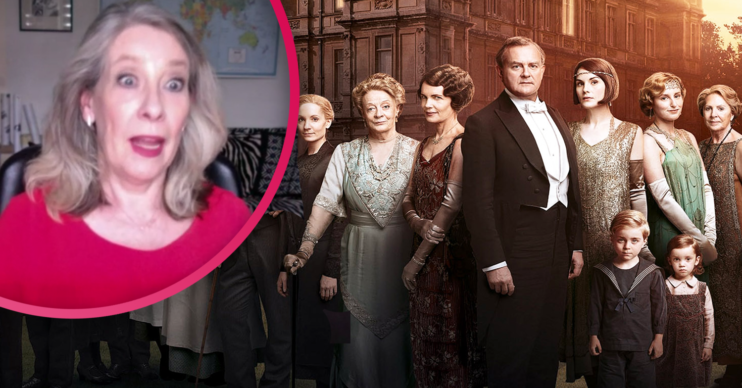 The Downton cast and crew are keen to reunite

A second Downton Abbey movie could be in the works.

That’s according to actress Phyllis Logan, who played Mrs Hughes in the Julian Fellowes drama.

During an appearance on Good Morning Britain today (June 19), Lorraine Kelly quizzed the star about a sequel to the 2019 film.

Hinting another instalment could be on the horizon, she said: “I remember you asking me about this when the first movie came out.

“It’s much the same with everybody – we all had such a ball doing the first film that everybody across the board would love to do another one.”

However, due to the ongoing lockdown restrictions, it may be a while before any potential filming could go ahead.

“Things are so tricky at the minute,” Phyllis added. “There may be moves a foot but who knows?

“We shall find out in due course – but it wouldn’t be for a while yet if it ever did.

“Fingers crossed it does!”

During Phyllis’ interview, her husband, Kevin McNally, who played Horace Bryant in Downton Abbey, made a surprise appearance – in his dressing gown.

The actor accidentally came into shot while bringing his wife a cup of coffee.

“Look who it is,” Lorraine gushed after spotting Kevin in the background.

After realising he had been seen on camera, the star decided to pull up a chair and join in the interview for a few moments.

During lockdown, Phyllis has been narrating new episodes of Channel 5 series The Highland Vet.

Kevin has been helping his wife by being her sound man as she is “not the best with the technical side of things”.

He said: “It was more by chance than by accident that I put in a microphone and some equipment here.

“Then The Highland Vet came up and I’m doing a show, so we’re managing to cover the wine bill at the moment.”

Kevin then decided to let his wife continue her interview: “I’ll leave you girls to it.”