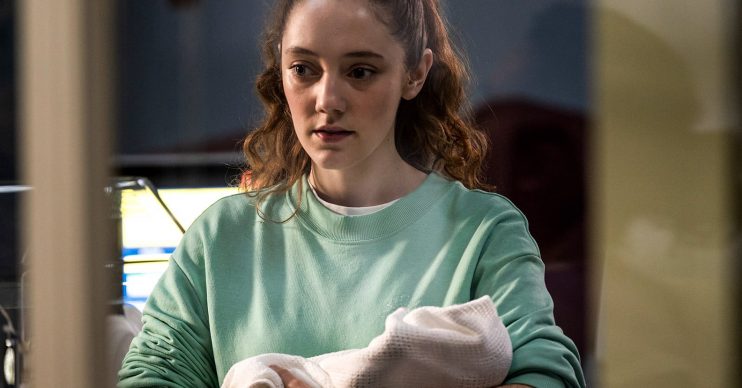 Is it Happy Ever After?

The Nest ended with a spectacular bombshell tonight (April 13).

Up until now, viewers had been led to believe that Kaya was a murderer, having killed a pregnant woman and her unborn child when she was just 11 years old.

It was also suggested by police that, more recently, she had taken the life of her ex-boyfriend Doddy too.

But the shocking truth was revealed in tonight’s jaw-dropping The Nest season finale.

Was Kaya a killer in The Nest?

Although she went to a youth offenders institution for murder, the truth isn’t quite so straightforward.

It turned out the deceased woman, Neve, was actually her mum’s sister and what really happened was explained in a flashback scene.

One afternoon, Kaya returned home from school and witnessed an explosive argument erupt between her mother, Siobhan, and auntie.

READ MORE:  All the latest on The Nest series 2

Seeing red, her mum opened the kitchen drawer and pulled out a knife.

Desperate to calm the situation down, Kaya ran in between the two women and grabbed the knife off of her mother.

As she turned around, the blade accidentally went into Neve’s leg, severing an artery, which ultimately resulted in her death.

Her mother never took responsibility for her part in what happened and their relationship broke down.

In a shock twist that nobody saw coming, it turned out Kaya’s social worker James killed Doddy.

When Kaya found out the truth, she washed her hands of him.

What happened to the baby in The Nest?

After some convincing from her mother, Kaya decided she wanted to keep the baby.

However, she knew Emily and Dan wouldn’t go down without a fight and was fearful of a nasty court battle.

To ensure she won, Siobhan convinced Kaya to sell a story on the couple accusing them of exploitation and highlighting why they wouldn’t be good parents.

Within no time, the plan worked – Emily and Dan’s world was torn apart.

However, Kaya, who changed her identity after leaving the youth offenders institution, soon realised she’d put herself at risk as people now knew who she is.

READ MORE: Who is Kaya’s mum in The Nest?

She then became the target of attacks and was in no position to look after a newborn baby.

Despite everything that’s happened, Emily reached out to Kaya and promised that they would not be taking legal action.

Instead, they promised to support her financially and emotionally, stressing they just wanted what was best for the baby.

READ MORE: The Nest fans have a disturbing theory about Kaya’s mum

This led to Kaya concluding that Emily and Dan should be the child’s parents.

In court, the couple were finally allowed to take the baby home, while Kaya started to rebuild her life.

BBC BBC One Drama The Nest