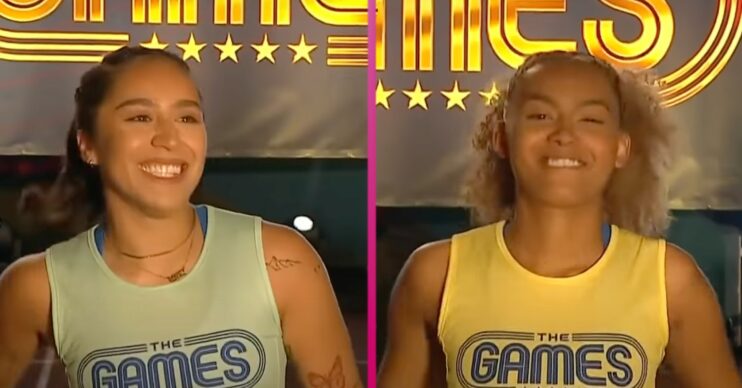 The Games – ITV‘s newest reality show for 2022 – has been caught up in a “fix” row as the show is accused of Phoenix Gulzar “favouritism”.

The accusations of a fix come after Phoenix was “wrongly awarded” third place in the leaderboard during last night’s episode (Tuesday, May 10).

ITV’s new sports reality show, The Games, has been caught up in a new “fix row” following yesterday’s episode.

Tensions were reportedly high at the end of last night’s show when Phoenix was ranked above Chelcee Grimes in the leaderboard.

This was despite the fact that Chelcee had beaten Phoenix in the 50m breaststroke swim.

The result wasn’t changed either, despite the fact that footage clearly showed Chelcee finishing ahead of Phoenix.

This then reportedly sparked a “favouritism” row backstage, as the stars felt “frustrated” their hard work wasn’t being rewarded.

A source spoke to the MailOnline about the incident.

“It became clear after watching back the footage from the 50m breaststroke that Chelcee beat Phoenix in the race despite her efforts not being reflected on the leaderboard,” they said.

“A lot of people were dumbfounded the result wasn’t changed by producers for the sake of sporting integrity and fairness, leading to speculation there might be favouritism amongst the competitors,” they continued.

“Chelcee in particular, being a former sportswoman, felt frustrated she wasn’t awarded for her performance, and therefore her overall position in the competition will be impacted.”

“You may need to have another look at 3rd and 4th because you got that clearly wrong,” one viewer tweeted.

Phoenix and Chelcee clashed backstage following the race, with Chelcee adamant that she had beaten the 23-year-old.

“I love the girl, but I’m not getting robbed like that,” Chelcee said after the race.

“If you’re going to re-check this, then re-check yesterday,” Phoenix fired back. She had previously accused Chelcee of pushing her during the 100m hurdles on Monday night (May 9).

“They’re saying they want to recheck it because they’re saying Chelcee came third and I didn’t but that’s [bleep],” she fumed.

The Games continues tonight (Wednesday, May 11) at 9pm on ITV and ITV Hub.