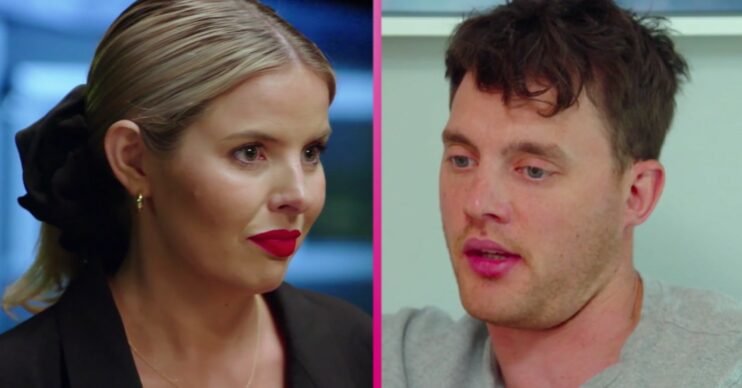 Are MAFS Australia stars Olivia and Jackson still together?

Things are really heating up on the E4 reality show

MAFS Australia couple Olivia Frazer and Jackson Lonie hit it off immediately after meeting on their wedding day.

In fact, for a time it appeared they could have been the greatest love match Married At First Sight has ever created.

But recently cracks have begun to appear – Jackson has been turned off by Olivia’s self-confessed mean streak.

And, as her intense dislike for fellow bride Domenica intensifies, the distance between the newlyweds grows.

The drama explodes on UK screens on Thursday, April 7, as Olivia admits she has been showing a naked photo of Dom around the group.

But did Olivia and Jackson manage to go the distance?

Are MAFS Australia stars Olivia and Jackson still together?

As the show is still currently airing in the UK and Australia, it hasn’t been announced if Olivia and Jackson are still together.

This also goes for the remaining couples in the experiment.

I love him so much.

They also regularly post snaps of each other on their profiles.

In a recent post of the pair together, Olivia declared: “I love him so much.”

However, in a teaser clip for the show aired in Australia last month, Olivia and Jackson appeared to be at breaking point.

The teaser clip, which is yet to air in the UK, is from the show’s explosive finale episode.

It shows all the contestants returning to discuss the experiment.

From what it appears, Olivia and Jackson are forced to watch footage from the show, including her altercation with Domenica Calarco.

Towards the end of the trailer, Jackson tells Olivia to “share the big news”.

The camera then flashes to MAFSA expert Mel Schilling, who asks the pair: “Who ended the relationship?”

But what does that mean for Olivia and Jackson?

Have Olivia and Jackson discussed their relationship?

During an interview with Now To Love in Australia, Jackson accidentally let it slip that he and Olivia are still together.

He told the publication: “To this day I go to the gym and she’s cool with it.”

The Aussie star also admitted that Olivia was working on herself following the show.

Jackson added: “Liv has been trying [to improve] since the snide comments, I did pull her up on it and it hasn’t happened again.

“It’s a lot different in the real world you don’t have to be put into a room with someone you don’t like.”

This article was updated on Thursday, April 7, 2022 to include the latest details on MAFS Australia episodes.